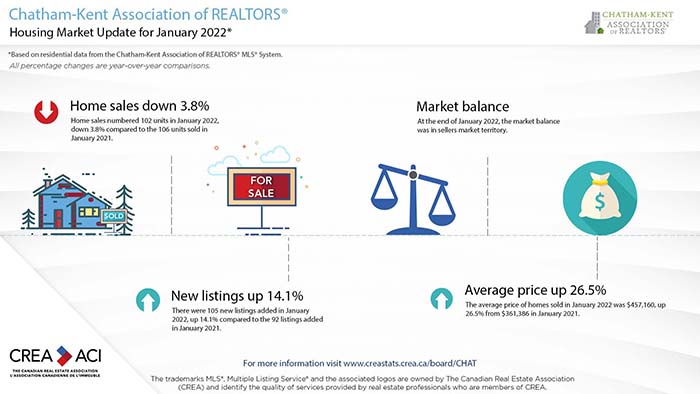 Chatham-Kent realtors had a busy January, selling 102 units in the month, but it was down four sales from January 2021.

“Average price levels continue trending at or near historical peaks as demand remains incredibly strong due to many people relocating from larger city centres,” she said in a media release. “This contributes to the fact that listing levels are at their lowest ever. With market tightness unlikely to see any relief in the near future, it will be interesting to see what, if any, impact rising rates will have once spring begins.”

New listings continue to rise, but just not enough to offset interest. They were up 7.4 per cent ahead of the five-year average as 105 new homes came on the market in the month.

Despite being ahead of the five-year curve, the new listings were 14 per cent below the 10-year average for January. 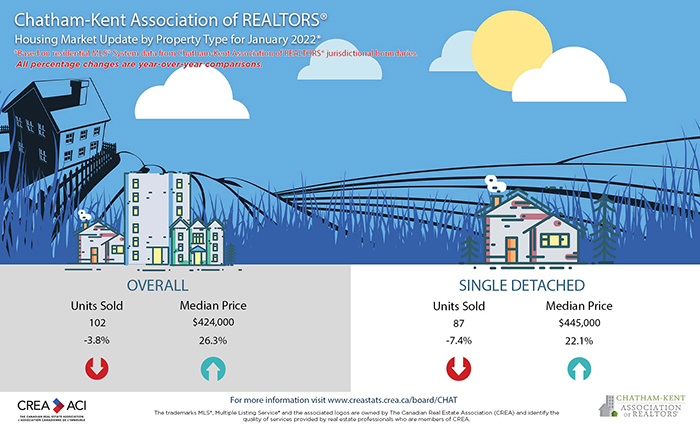