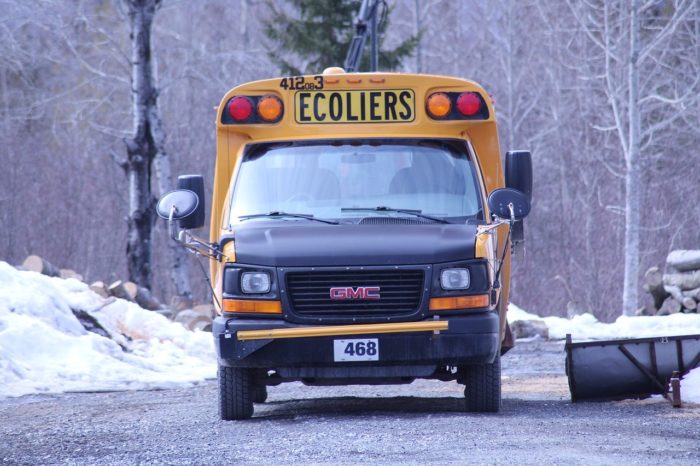 School is in, but for how long?

We can’t blame parents for being extremely apprehensive and confused over the return to class this week. The list of symptoms that should keep your child at home is hugely confusing.

Wakes up with a cough? Stay home until the cough has been gone for at least a day.

Those are but two of the symptoms and two that pretty much every child has over the course of winter.

They head outside, their noses run.

The dry conditions of being inside can cause congestion.

Or if your child wakes up extremely tired…that’s right, something almost every kid expresses one or two or more school mornings each week…they are to stay home until they aren’t suffering from “extreme fatigue.”

Proceed with extreme caution is the message from the province, except at the other end of the spectrum, the school boards, the message is for them to do what they can to fill classrooms.

We’re not blaming the boards; this is on the province.

Schools will no longer be notifying students if others in their class are off due to COVID. So parents will by and large have no idea if their kid has potentially been exposed.

Public Health will no longer be dismissing school cohorts as well. If classrooms get pretty empty, or too many teachers contract COVID, then classes will be merged.

So much for cohort insulation.

If a school has 30 per cent absenteeism, that’s when people will be notified. When three of every 10 kids are home, that’s when they will share the information with parents.

The province isn’t openly saying that it’s letting COVID run its course, but its actions in schools is yelling it.

Let’s face it, a person going out to dinner in a restaurant even before the Stage 2 rollback of provincial reopening rules was in a much better situation.

Everyone had to show a proof of vaccination to get in. That’s not a thing inside classrooms.

You were only in the restaurant to eat, maybe some socializing time but only at your own table, and then you went home. The nearest table was at least six-feet away. Kids are in tighter confines with larger clusters of kids all day long.