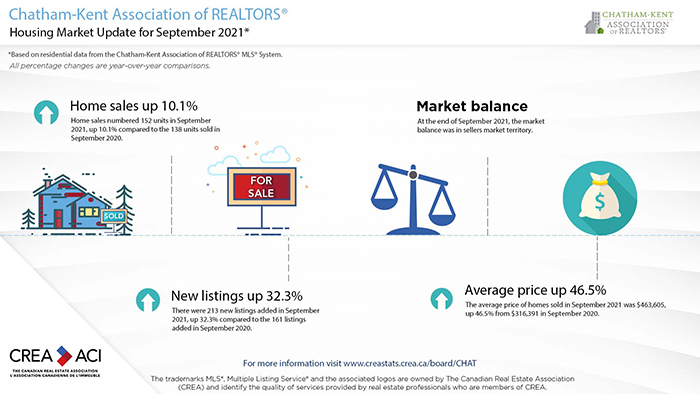 A total of 152 properties sold in Chatham-Kent, according to the Chatham-Kent Association of Realtors (CKAR), a record for the month of September and up more than 10 per cent from a year ago.

“Home sales in the Chatham-Kent region defied the trend seen in most other markets across Ontario and posted a record high for September,” Laura Tourangeau, president of CKAR, said in a media release. “A large part of the uptick in sales has been the higher levels of new inventory hitting the market.”

The dollar value of all home sales in September 2021 was $70.5 million, a substantial increase of 61.4 per cent from the same month in 2020. This was also a new record for the month of September.

“Despite a rise in new listings, inventory is still well below average levels and as a result, prices continue to hit new highs,” Torangeau said. 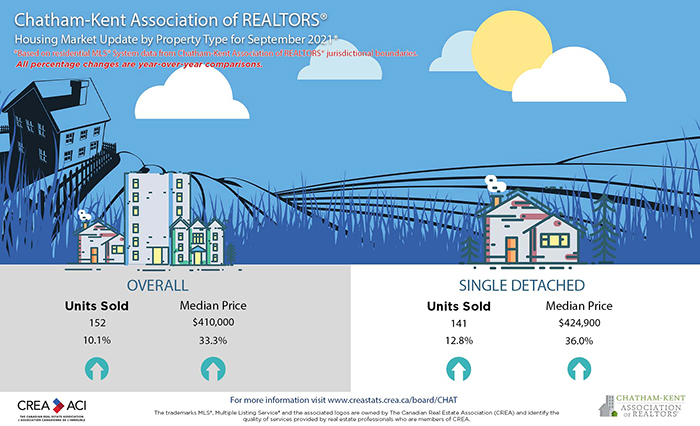