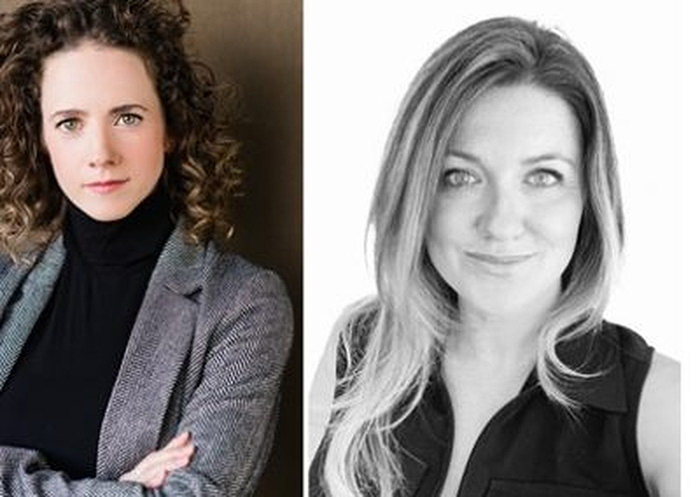 The duo behind a planned documentary about human and sex trafficking hopes to shed light on the “invisible crime” that happens along Highway 401 through Southwestern Ontario.

The corridor is full of “hot spots” for sex trafficking in Ontario, said Anna Jane Edmonds, producer and director of the proposed film, called Dark Highway.

The documentary, to be produced by Ballinran Entertainment, is in the midst of a crowdfunding campaign to raise money for full production costs, Edmonds, a graduate of Western University, said. She wants the film to educate viewers about the realities of children and women lured into trafficking and to inform the public how to help.

“It’s about showing all of the sinister things happening along the highway that we’re normally using to travel to see our grandparents or our children, and to go into the city or to school,” said Andrea O’Shea, co-producer of the film and supervising producer at Ballinran, a Stratford-base film production company.

“We really just want to show the average Ontario family what to look out for in the dangers that are happening.”

Human trafficking — defined as the exploitation of people through force, fraud or coercion — is most common along corridors, including Highway 401, according to a study by the Centre to End Human Trafficking.

The study found sex traffickers use the routes to make the most profit, avoid police detection and keep their victims isolated.

“It’s a very Canadian problem,” Edmonds said. The average age of sex trafficking victims in Ontario is 13, and the average victim makes a trafficker $280,000 each year, she added.

“The piece of information that continues to rattle in the back of my brain is that it takes, on average, adults in the household two years to find out that there’s a victim in their home.”

Using what the producers call a “heat map,” the Dark Highway documentary will take viewers from one hot spot to the next, identifying the areas with the most demand for purchased sex.

It shows how Highway 401 is connected to advertisement numbers in cities across the region. In London alone, there were more than 5,900 advertisements selling sex between January and March of 2021, the heat map shows.

“London is considered a sex trafficking hub,” Jennifer Dunn, executive director of London Abused Women’s Centre, said, noting its proximity to the border and other cities. “It has many exits off the highway and a lot of hotels off certain exits of the highway. It’s sometimes a destination city, but also a recruitment city.”

Last year, the women’s centre offered support to 820 trafficked, prostituted and sexually exploited women and girls, Dunn said. Thanks to the pandemic, she said, the number is down from more than 1,300 women and girls who came through their doors in 2019.

“It was a lot harder for women and girls to reach out over COVID. But when they did reach out, there was significant trauma and the stories we heard were just even more terrible than before.”

Dark Highway will bring the voices of sex and human trafficking victims and survivors to the forefront. It also will feature a range of experts and officials, including police, reporters and social agencies.

To get the documentary started, the producers need to raise $17,500. Since launching the campaign in late June, the pair have raised nearly $9,000.

“Right now, we don’t have a broadcaster attached to (the film) and we’re trying to start this through our crowdfunding campaign, to start getting the word out,” O’Shea said.

“Although we’ve talked to a lot of advocates, and a lot of reporters and politicians, we’ve kept those relationships with the actual survivors protected so far, and we won’t be speaking with them directly until we are filming.”

The hope, the producers say, is to raise at least 80 per cent of the fundraiser’s goal to allow for some of the stories to be shared and raise awareness about “how pervasive sex traffickers are online.”

“This isn’t something that just happens to children in big cities and in small towns,” O’Shea said. “This is a problem that affects everybody; every child is at risk right now . . . If we want to invest in the success of our next generation, we have to know what’s happening online.”

To learn more about Dark Highway or donate to the documentary, visit seedandspark.com/fund/dark-highway#story.