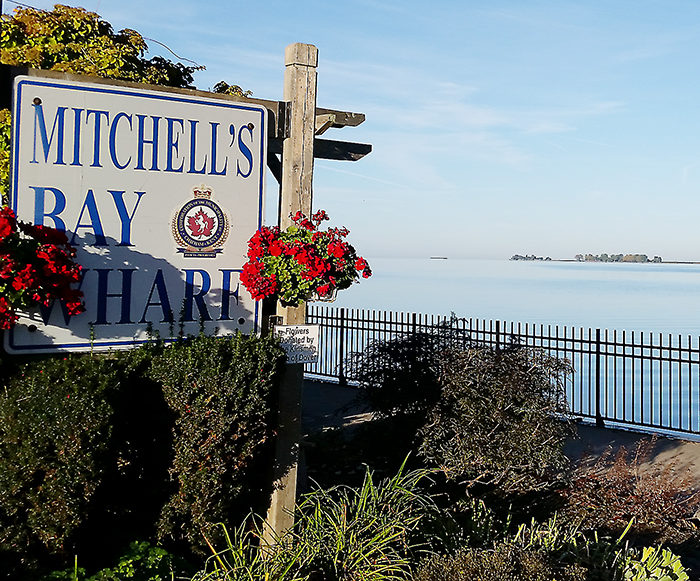 Whether it’s a bump or a hump, officials hope some man-made lumps at the Dover Beach Park parking lot will help protect residents and visitors in Mitchell’s Bay.

At a recent meeting, Chatham-Kent council endorsed a motion from North Kent Coun. Jamie McGrail to put speed humps at both the entrance and exit to the municipally owned lot.

According to McGrail, a combination of heavy traffic and disrespectful motorists has created a dangerous situation for users of the new bike trail that runs the length of the parking lot to the lake.

Speeding vehicles leave the parking lot and they don’t slow down.

“We have this beautiful new bike trail that we are encouraging everyone to use,” McGrail said, “and right now we have a really big problem with the safety of being on that bike trail in that area.”

McGrail called it a “true hazard,” adding Chatham-Kent has a responsibility to ensure residents and users of the trail that it is safe.

Located at the southwest end of Main Street, the Lake St. Clair beach and pier draw thousands of visitors on a regular basis.

However, members of council had differing opinions of how the issue should be addressed and a lengthy discussion took place following a motion from North Kent Coun. Joe Faas. He requested the matter be put off so staff could investigate the matter further.

But the deferral motion was defeated with a number of councillors siding with McGrail, saying the issue needs immediate attention.

There was also some confusion during the meeting about the difference between a speed hump and a speed bump, in relation to the motion’s wording.

The original motion called for speed bumps, which are installed on top of the asphalt, whereas a speed hump calms traffic through a rise and fall built into the asphalt.

“I think we’ve got the option, it’s a speed bump,” Bondy told council.

East Kent Coun. Steve Pinsonneault, who said he spends a lot of time at the Bay, called the area in question a “race track.

“We’ve spent tons of money to draw these people in,” Pinsonneault said, adding the proposed traffic calming measures are a cheap fix.

“Honestly for $2,500, I can’t believe we’ve had this long of a conservation over $2,500,” Pinsonneault said, “considering the way we spend other dollars.

Chatham-Kent general manager of Infrastructure and Engineering Thomas Kelly said McGrail’s ask was a “new and unique” request, adding he’s concerned the action will set a precedent, meaning all communities will warrant the same level of service.

Kelly told council the department has received strong feedback from public works employees that speed barriers make it harder to keep the lot clear in the winter and are often scraped off by big equipment.

Two deputations on the matter were also made to support the traffic calming measures. Both, one from a private resident and the other from the Mitchell’s Bay Area Association, described how motorists continuously break the rules by speeding in and out of the lot.

By summer’s end the bike trail will be paved on both sides of Main Street, from Winter Line to the pier.