Serena Peters has known about residential schools her entire life.

But their effects never really hit home with the Grade 12 student until the news broke about the 215 children discovered in a mass grave in British Columbia.

“I was shocked into awareness,” the John McGregor Secondary School student told The Voice in a recent interview. “The news had a really big impact.”

Peters, a Chatham resident who descends from the Delaware Nation, wanted to find a way to honour the children who died. After checking out a tribute by the Vancouver Art Gallery, Peters came up with the idea ‘For the Children Who Couldn’t Play.’ 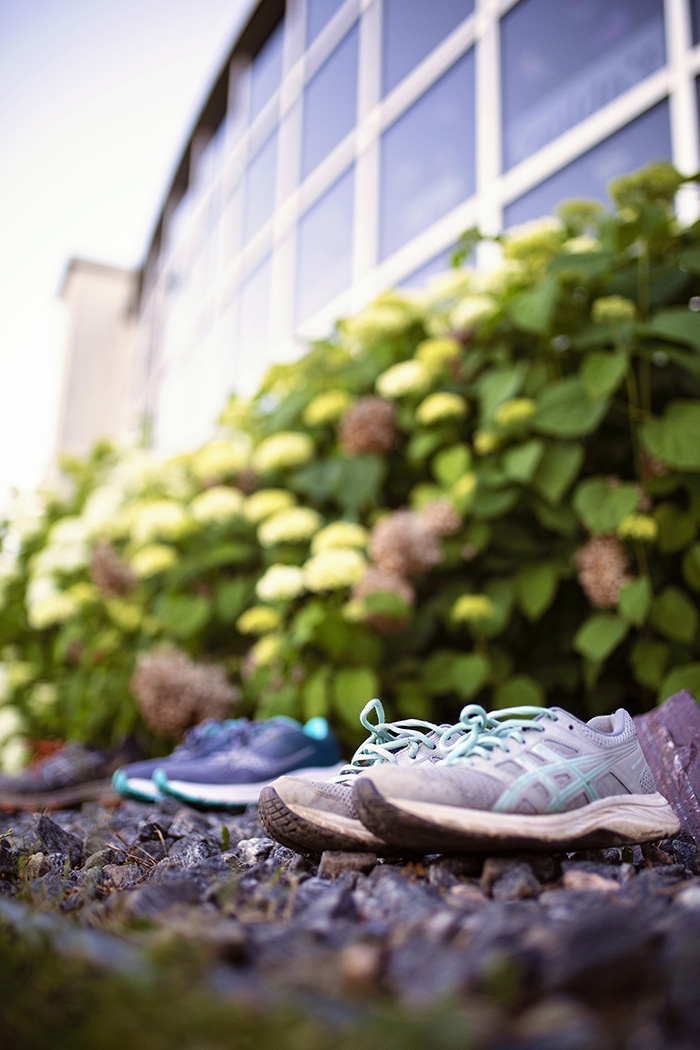 The project saw JMSS art students and members of the school’s Indigenous Liaison Committee come together to design and colour a pair of shoes for display in the school’s wall of windows facing Cecile Avenue.

Peters, who has a great aunt and uncle who attended the Mohawk Institute in Brantford, said she is glad they both made it home from residential school.

“A lot of intergenerational trauma was released because of residential schools,” Peters said. “The aim of the project was to honour the children.

“I’m glad I can say I’ve done something to inform my community in my graduating year,” she added.

Jenn McQuade, the JMSS visual arts teacher who assisted with the effort, said she was impressed by what the students created and by the project’s reach. She said ‘For the Children Who Couldn’t Play’ sparked “important conversations” throughout the school community, with students and their parents and siblings.

Creating the display is “rooted in action and effecting change,” McQuade said, adding the discovery of the Kamloops grave has raised awareness.

JMSS wasn’t the only school in Chatham to host a tribute to the children who died. At Ursuline College Chatham, 215 tiny orange flags now fly along the fence in honour of the residential school children who died.

Messages are also displayed and red and orange ribbons have been tied to the fence as well.

The 14-year-old, who is First Nation on her mother’s side, said the display was created to honour missing and murdered indigenous women and girls as well.

Sands said she believes the discovery in Kamloops will bring change.

“I think everyone is learning what it really was like,” Sands said, adding she thinks people didn’t realize the severity of the losses brought about by residential schools.

“It makes you wonder how many more children there might actually be,” Sands wondered.

She said the public is invited to bring items to add to the memorial if they wish.