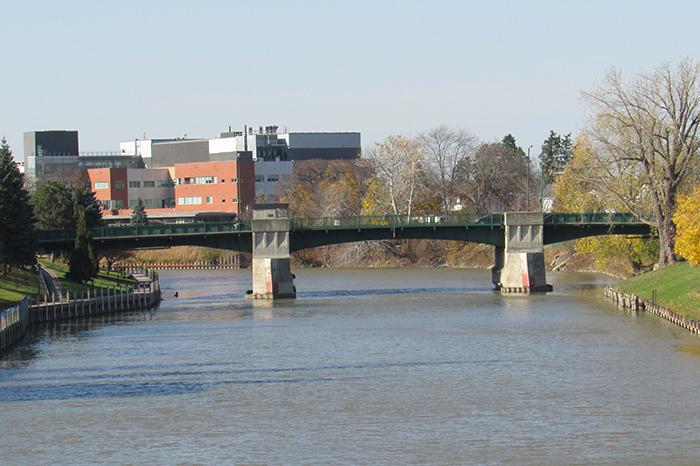 McDougall Line Bridge, East Tilbury is staying open for business after Chatham-Kent council voted down a motion requesting to divest the municipally owned asset.
Chatham Coun. Karen Kirkwood-Whyte put the motion forward at Monday night’s meeting which failed to gain two-thirds of support for bringing the issue back on the table.

“Council has provided appropriate direction to staff to look at other asset categories,” said West Kent Coun. Melissa Harrigan. “I believe it’s imperative that council continue to work on strategy and council-directed initiatives, rather than doubling back on decisions that we have had significant conversation about.”

Chatham Coun. Michael Bondy said he was in favour of putting the motion on the table for transparent discussion but would not vote in favour of divestment from the bridge.

The bridge has been on the municipality’s divestment list since 2013, until September 2019 when council moved to replace the bridge at a $2.7 million cost.

No construction work has been done on the bridge to date and $50,000 has been spent on consulting costs, according to Kirkwood-Whyte’s motion.

Meanwhile, Third Street Bridge in Chatham was approved for $14-million in upgrades as council awarded a contract to Toronto Zenith Contracting Limited of Concord, Ont.

The bridge was built in 1961 and runs four lanes of vehicular traffic over the Thames River.

In January 2018, a detailed condition survey of the Third Street Bridge found various areas of deteriorated structural steel. This prompted the municipality close the bridge that August. Work was completed and the bridge re-opened with a single load posting of 10 tonnes two months later, which increased to 25 tonnes by February 2019.

Some of the work to be done on the bridge includes the removal of the operator’s house and of the bridge superstructure, including all existing structural steel members, steel railings, steel decking, concrete deck, and concrete sidewalks.

Dauphin Road Bridge, south of Kantor Line in the Community of Tilbury East was approved for $538,784 of repairs after council awarded the rehabilitation contract to Clarke Construction Inc. of Blenheim.

Construction costs amounting to $73,450 for work associated with the structural steel repairs to the Tupperville Bridge over the Sydenham River was awarded to Clarke Construction. An additional $53,675 was awarded to GM BluePlan Engineering Limited for consulting engineering services.