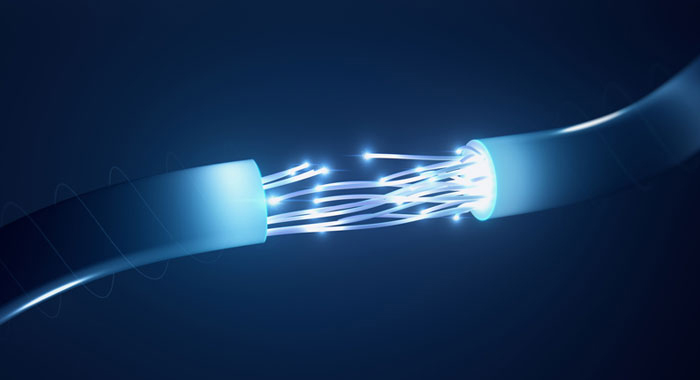 Residential TekSavvy customers will see a $5 increase on their bill effective May 1, amid the COVID-19 crisis, but the Chatham-based company said it had little choice as they were operating at a loss for months.

TekSavvy, a locally owned Internet Service Provider which pays Canada’s largest telecom companies to use their networks, was waiting on a Federal Court of Appeal hearing to reach a decision on broadband pricing.

With the COVID-19 pandemic pushing the appeal hearing back, and with the need to purchase more broadband from the incumbents to meet usage needs during self-isolation, the company was facing significant losses.

“COVID-19 did not cause the price increase, it made the timing critical and was the catalyst for action now,” said Standford. “The price increase does not get us up to profitability. We are not risking bankruptcy. That’s not on the horizon but we need to move to stabilize the business for sure. We are not a $20 billion telecom company. We are a private company and do not have unlimited resources.”

In 2016 the Canadian Radio-television and Telecommunications Commission (CRTC) deemed broadband Internet an essential service. In August 2019 the CRTC, which federally regulates wholesale broadband prices, released a new cost structure for providers such as TekSavvy, which in some cases reduced their costs by 95 per cent.

TekSavvy passed along those cost savings by either increasing their customers’ speeds or reducing their bills. They also hired more employees in anticipation of higher company growth due to their new lower pricing.

Shortly after, the industry leaders challenged the CRTC and filed eight separate appeals, receiving a stay of implementation, and forcing TekSavvy and other companies to pay the old rates.

“TekSavvy, on a monthly basis, is operating at a loss. We were OK with carrying that cost knowing we had a spring hearing with the federal court of appeal and when it could be implemented. Then COVID-19 happened. We no longer know when these stays that the incumbents got on the new pricing will be resolved. COVID 19 could delay (the courts) by weeks, months or longer.”

The pandemic has also created a significant jump in customer usage for the local telecoms company. Standford said TekSavvy is capable of handling the increased traffic, however, the additional network capacity purchased for April surpassed what they were projecting to purchase for the whole year.

“Without clarity of when this will all be resolved, we have to move to reduce losses in order to fight the good fight for consumers everywhere. Obviously not something we wanted to do and timing could not be worse.”

Standford said although the company has seen exponential growth every month, the amount of bandwidth needed to keep up with demand is financially unsustainable for smaller telecoms businesses unless they raise customer prices or the CRTC lowers rates.

“For a number of years, we have been working to get those rates lowered but they remained unchanged as bandwidth exploded and people wanted higher speeds. This wholesale business model has been upside down for a long time.“

Like many companies across the country, TekSavvy is also feeling the financial burn of COVID-19, as they laid off 130 employees across their offices.

Standford said they could not publicly disclose how many employees were laid off in each office, but with Chatham-Kent’s being the biggest, it hit them the hardest.

In mid-March TekSavvy previously announced they were suspending billing for overages to current customers on capped plans and that the practice would continue until April 5, to help as many parents who were working from home and their out-of-school children. Standford said as new information keeps coming in on the COVID-19 closures and impacts, the April 5 date is under review and an announcement will be made soon on capped plans during the pandemic.

The company has started taking new customer orders again, following a temporary 14-day suspension while they helped their employees transition work from the office to home, and used the remainder of their capacity to service existing customers.

Stanford said the timeline for new installations is still up in the air and in some cases very lengthy, as it is up to their suppliers, such as Bell, Rogers and Telus, to go in homes to install the hardware.