Residents on Victoria Avenue have ramped up their campaign to stop a redesign of their street during a sewer reconstruction project slated for 2022 with a sea of orange signs and ribbons on the historic street.

The Save Victoria Ave. – Voices of Victoria group was formed by residents on the street to organize their response to the proposed street renewal design that includes a road widening, potential bike path beside the road, a roundabout at Gladstone Avenue and the possible removal of historic trees.

The trees are a particular issue for residents who believe the heritage feel of the road would be ruined if trees were removed. Conflicting information on how many trees may be removed – from three to 19 – is also causing confusion and upset with the road residents.

Spokesperson Patti McPhail said better communication from the start of the project may have saved all the upset currently being experienced.

“This has been confusing from the get-go. If there had been a better format for the public information meeting, this could have been avoided,” McPhail said in a phone interview. “All our group is asking for is transparency and we’re not seeing it.”

A current concern, she noted, is the arborist report that residents were told at the information meeting indicated up to 19 trees were unhealthy and would need to be removed. Attempts by the residents to get a copy of the report have not been successful, McPhail said.

“Not being able to see that report and the fact the municipality is withholding the report creates anxiety and even suspicion about why they won’t show it to us. People want to know which trees,” McPhail said. “This is a very challenging time. There has been a huge break-down in communication between the planning department and the engineering department. You talk to one and they tell you one thing, and you talk to the other and they tell you something else.”

A Freedom of Information request for the arborist report has been filed on behalf of the group.

What has been amazing for the residents on Victoria is the amount of support from the community for keeping the heritage look and feel of the street intact. McPhail said they appreciate Coun. Mike Bondy making the motion at council to go ahead with the infrastructure part of the project to separate the storm and sanitary sewers and return the street to the way it was. That motion will be discussed at the March 23 council meeting.

McPhail said municipal engineering director Chris Thibert has promised a communication strategy to clear up all the confusion and that better communication with the residents would have been helpful eight months ago before a design was proposed.

“We are remaining positive and respectful. Moving forward, if Bondy’s motion is approved, we hope the municipality will listen to the residents and sit down with them to discuss going back to the design board,” McPhail added.

In looking at C-K Plan 2035 drafted by the municipality, McPhail said one of the pillars of the report was environmental sustainability, including protecting and enhancing cultural heritage.

“What they want to do flies in the face of that report,” she noted.

The group has reached out the Chatham-Kent Heritage Committee regarding steps to take in ensuring the heritage significance of the road is maintained. Committee member Loretta Storey has spoken to the group and said her personal opinion is that Victoria Avenue should maintain the heritage look and feel of the area, that was originally designed in the 1840s.

Storey said back in 1881, Victoria Avenue was ranked one of the “handsomest streets in all of Canada” in an atlas published at that time.

“We have a rare street with lots of history on it and it is important we keep it, including the trees,” Storey said. “Trees make the statement as well. It would be a shame to lose them because they add to the heritage aspect of the street.”

Storey advised the residents to start a group that would bring their concerns to the Heritage Committee and work on getting them information regarding documents available such as the Heritage and Cultural Landscape Study and a look at a heritage district designation for the area.

“For me, in my opinion, Victoria Avenue is an important top place to not touch in Chatham,” Storey added. “Decisions we make today will be in history books tomorrow.” 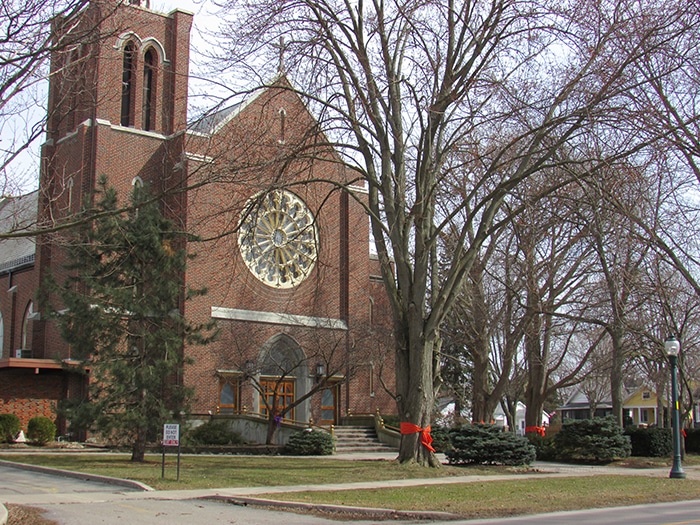