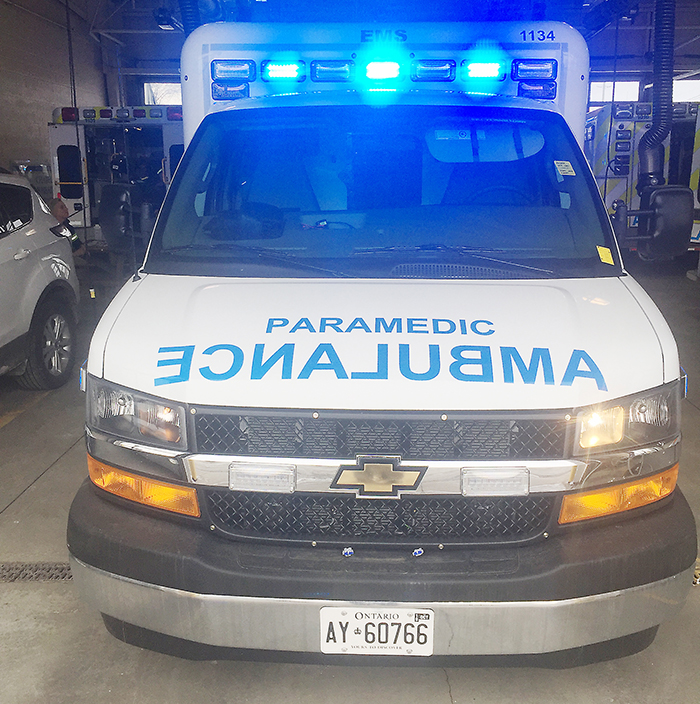 Chatham-Kent paramedics see a lot of things in their jobs, including people getting violent with them.

And that’s unacceptable, according to Donald MacLellan, general manager of Chatham-Kent EMS

MacLellan said the service has developed a new awareness campaign to spread the word.

The Chatham-Kent EMS Zero Tolerance campaign includes Zero Tolerance posters inside its ambulances, additional support for paramedics who have faced violence and abuse during a call, and increased collaboration with law enforcement when necessary.

According to a Paramedic Chiefs of Canada study, 75 per cent of Canadian paramedics reported experiencing violence, with 74 per cent reporting multiple forms of violence that could include verbal and physical assault, as well as sexual assault and harassment.

“We’ve had a couple of incidents that stemmed from not-so-pleasant interaction,” he said. “They resulted in either verbal or physical violence towards paramedics.”

MacLellan said something had to be done to remind people such actions aren’t okay.

“It was good for us to take a step back and find ways to support our staff,” he said. “This is a mitigating strategy. We didn’t reinvent the wheel here. We’re just replicating some work done by other organizations.”

The Zero Tolerance campaign by Chatham-Kent EMS follows a similar one launched in Peterborough County and a Paramedic Chiefs of Canada position statement that supported a zero tolerance position on physical and verbal attacks on paramedics and support staff.

MacLellan said violence against EMS personnel can happen anywhere and at any time. It’s not isolated to any particular incident or type of call.

He also credits paramedics for being on the lookout for it and for being able to diffuse most situations.

“Our paramedics are situationally aware and try to predict it and prevent situations from unfolding in that (violent) fashion,” he said. “Our staff do a great job in being therapeutic not only in providing care, but in communicating. We help to de-escalate or help patients focus on other issues.”
MacLellan is realistic. He said the campaign won’t prevent all incidents of violence against EMS personnel.

“It’s an awareness piece. We just don’t tolerate that behaviour,” he said.

Nick Leclerc, Chief Steward with SEIU Healthcare, the union representing Chatham-Kent EMS paramedics, agreed that violence against paramedics should never be tolerated, especially considering the potential for both physical and psychological injuries, such as stress, anxiety and PTSD.

“Paramedics are many things, from problem solvers to care givers to pre-hospital emergency care experts,” said Leclerc. “They give their all caring for the people they encounter. They should never have to deal with violence towards them while helping those in need.”