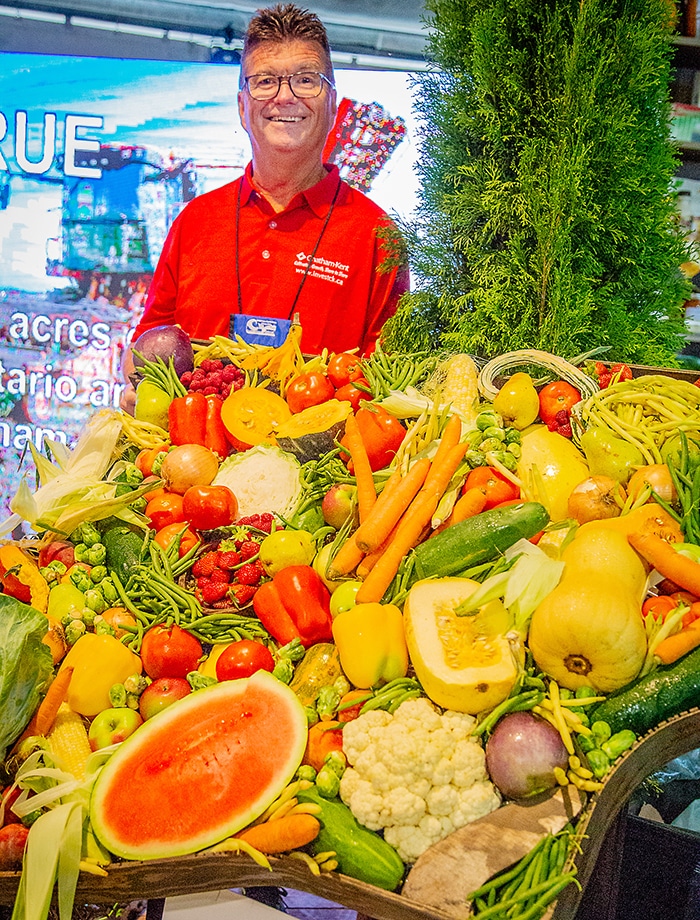 Despite growing up as a city lad, Kim Cooper fell in love with the agriculture industry.

And after 45 years in the sector, he recently retired.

For the past 11-plus years, Cooper worked for the municipality as an economic development officer with a focus on agriculture.

And for the past two decades, he’s penned a weekly newspaper column with a focus on local agriculture.

Cooper’s path to agriculture did not simply take place on the back of a tractor. He grew up in Chatham and had planned to attend Western University to become a social worker.

His grandparents owned a farm, and he did visit regularly as a child.

Despite all that, Cooper said he never thought about a career in the agricultural sector.

But Cooper wound up laid off from a job in Windsor, and Stu Irving of M.J. Smith Grain contacted him to come and work there.

His career in agriculture began with stocking shelves and selling seed, Cooper said.

“I got interested. I went to Ridgetown College, enrolled in the agriculture production and management course,” he said. “I was laughed at a lot. I was a city kid trying to learn about farming.”

But he knew he was right where he needed to be.

“To me, it was all new. I just soaked it all up. It was the best two years of education I ever had. There was so much hands-on training,” he said.

During that time, Cooper said he travelled to more than 30 countries.

“I’ve been blown away by being able to do what I’ve done. Not many people are able to have the jobs I’ve had or had the opportunity to travel,” he said.

Most of the travelling was related to the soybean industry and Cooper said most of his trips were to Southeast Asia.

Working in agriculture wasn’t enough for Cooper, who, as a member of the agricultural committee with the Chatham-Kent Chamber of Commerce, developed the idea of writing a monthly newspaper column to let the public know what was happening in the fields around them.

“It was to help make people more aware of what we have here in Chatham-Kent. It was very rewarding. I learned so much from writing these articles,” he said.

Cooper said he’s retiring from writing the column, but added that four others will take turns penning it in the future.

Starting next week, Cooper won’t head to the office or type up his column.

“It’s a weird feeling. I’m excited and know I made the right decision, however,” he said. “After 45 years in agriculture, working in so many amazing companies, I got to meet so many people here in C-K and around the world. You naturally wonder what’s next.”

Well, what’s next for Cooper in the immediate future are day trips with his wife, a retired nurse.

“My wife said I was just going to chill for a bit,” he said. “I’m not making any firm decision on what’s next.”

Stuart McFadden, director of economic development for the municipality, said Cooper has been a pleasure to work with.

“Kim loves to learn, and when he didn’t understand something, he researched it,” he said. “The municipality has been blessed to have both Ron Anderson (Cooper’s predecessor) and Kim Cooper representing the ag sector. Two very passionate people.”

McFadden said Cooper was a great advocate for local agri-business and an excellent mentor, for coworkers and above.

“He is a great mentor and a great friend. I learned from him all the time. And it’s been fun watching Kim pass on his knowledge. We brought on some new staff that are younger. Kim’s always there to answer a question.”

Cooper’s ability to put the industry first is second to none, McFadden said.

“Kim is a very humble person. That quality in itself is what made him a great economic development officer. His sector is more important than him,” he said. “He’s not flashy. He knows who to reach out to to get the answer to people’s questions.”

Cooper said he loves being part of a team and working with others.

“I’ve been so honoured to work in such a great industry, and with so many great people, including you guys in the media,” he told The Chatham Voice.

His next team effort could be in the spring of 2020 on a mission trip to Cuba. 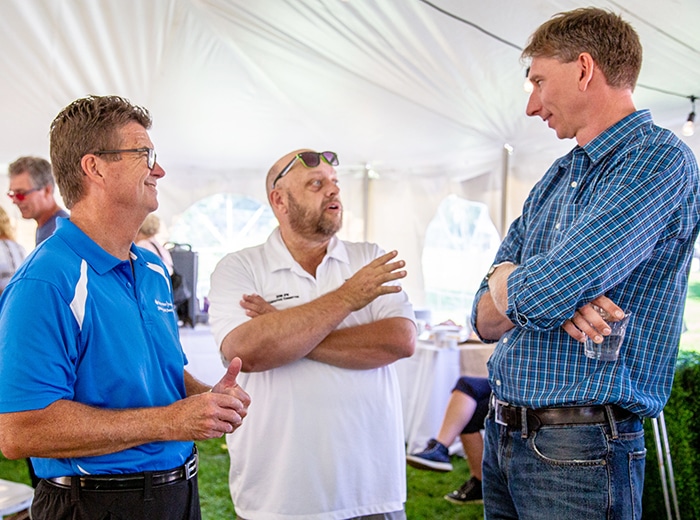