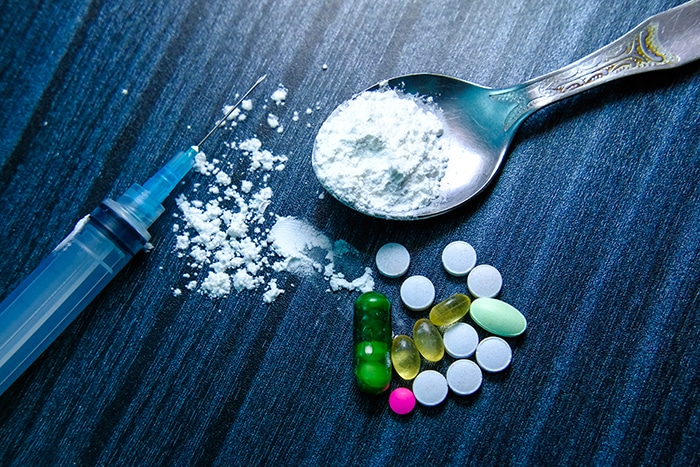 With a confirmed slate of officers and two new board members, the Chatham-Kent Drug Awareness Council (CKDAC) is gearing up for a busy and productive year.

At the CKDAC annual general meeting recently, board president Brad Davis outlined the successful programs and partnerships of the past year, and guest speakers discussed new projects in the works that will help with easier access to treatment for substance users, continued enforcement to get drugs off our streets and a local study of opioid use in the area, as well as next steps by C-K Public Health to help address the problem.

After a few years of reorganization and partnership building, Davis said the CKDAC is ready to move forward to raise awareness of addiction issues, reduce harms associated with substance use and reduce the stigma associated with it.

“We look forward to a day when Chatham-Kent is a stigma-free community that provides timely access to addiction-related supports to those who need them,” Davis said in his report. “To get there, all of us have a part to play, and together, we can do this.”

This past year, he said, had successful programs such as the prescription drug drop-off held May 11 in Chatham-Kent. With the help of the Chatham-Kent Police Service and many volunteers, to date the program has taken in over 9,000 narcotic pills and just over 450 pounds of non-narcotic pills, with this year up 67 per cent over the previous year. This program has been running since 2014 with the CKPS and continues to grow each year.

Up for consideration this year by local judges and the Crown Attorney’s office is the Chatham-Kent Therapeutic Drug Treatment Court, which Davis said has been on hold for the past three years. The program is designed to provide a diversion-like alternative to clients to help reduce substance abuse among non-violent offenders and to increase the likelihood of successful rehabilitation. He said they will have more information on the program once it has been reviewed.

The CKSAC would lead the program and partner with police, area methadone clinics, mental health, Westover Treatment Centre and the Human Service and Justice Co-ordinating Committee.

The CKDAC also runs the annual Racing Against Drugs program for elementary school students that features area police agencies teaching kids about the dangers of substance use, how important it is recognize and say no to drugs and alcohol – all in a fun atmosphere.

Emily Guerin, Harm Reduction Co-ordinator and Jordynne Lindsay, Public Health Nurse for CK Public Health, spoke at the AGM about the results of the local study on Opioid Use and Related Harms in Chatham-Kent that came out in February of this year.

According to the study, in 2017 CK residents were prescribed opioids for pain at a rate 1.5 times the provincial average, and 50 per cent of people in publically funded treatment services reported prescription opioids as a problem substance in 2017-2018.

Guerin also noted the report showed that from 2015 to 2017, 11 deaths in C-K were confirmed opioid poisoning, a number that may be low due to the difficulty with confirming cause of death.

Hospitalizations, however, due to opioid poisoning were higher in C-K than the provincial average by nearly 2.5 times.

Guerin said the study has identified what is making the situation worse locally, including stigma, inappropriate prescribing practices and prescription opioids being less accessible. She also indicated what is making it better, which the report described as better awareness about the use and dangers of opioids, changes in prescribing and dispensing practices and access to opioid therapies.

The goals of how to respond to opioid use, according to the study, are to prevent substance abuse by addressing root problems, build community capacity to education and inform, and to support people who use opioids with an emergency response plan, treatment and support.

The distribution of Naloxone kits by C-K Public Health has helped reduce death due to overdose, and is saving lives, but CKPS Const. Nelson Das Neves, a member of the Drug Investigation Unit, said the use of Naloxone is somewhat of a “double-edged sword” among people with substance use issues.

He said for some people, there were certain drugs they stayed away from like the stronger fentanyl or crystal meth because of the danger of overdose, but with the safety net of Naloxone, they feel freer to try harder drugs and “push their limits.”

With the start of the Patch for Patch program in 2015 for fentanyl pain patches, he said the instance of the patches on the streets almost “instantaneously” declined. The program has pharmacists dispensing, for example, 10 patches and requiring the patient to bring the 10 used patches back to the pharmacy to dispose of before the person is given any more patches.

Das Neves said the program has been so successful, it has forced drug users to look for other sources on the street, such as fentanyl powder, which is a problem drug in the area that comes in from China and is fairly easy to get. He said with more than 200 derivatives of fentanyl out there, people have access to many different kinds.

Heroin and cocaine are also used in the area, as well as crack cocaine and meth, which are far more dangerous, and cause the more bizarre behaviours of users.

The CKDAC will be bringing more information to the community in the months to come, with its community partners, including a new walk-in treatment clinic run by the Chatham Kent Health Alliance at 47 Emma St., that is set to open in a couple of weeks. The RAAM (Rapid Access Addictions Medicine) Clinic is a low-barrier, walk-in, person-centred resource that provides access to patients seeking treatment for any substance use disorder.