Standing outside the new Chatham-Kent Animal Shelter, project co-ordinator Lynn McGeachy summed things up very simply: “All of this would not be possible without all of you.”

McGeachy addressed a gathering of invite-only donors May 23 to celebrate the opening of the new shelter, located on Park Avenue East right beside the old shelter.

She said more than $1 million in fundraising went into the new $2.3-million facility and its contents.

“It’s about our community seeing a need and taking action,” she said. “This is a building to be proud of.”

Art Stirling, one of the co-chairs in charge of fundraising for the building, was proud of the accomplishment.

“Four years to get the project from concept to completion. I think that is a pretty good track record,” he said.

He, along with fellow co-chair Marjorie Crew, sang the praises of McGeachy for leading the way.

Crew described McGeachy as “the glue that pulled everything together.”

“Lynn, you got us zeroed in,” Stirling said. “Early on, Marjorie and I started talking about a community-led challenge, and we were humbled by the support we received by so many.” 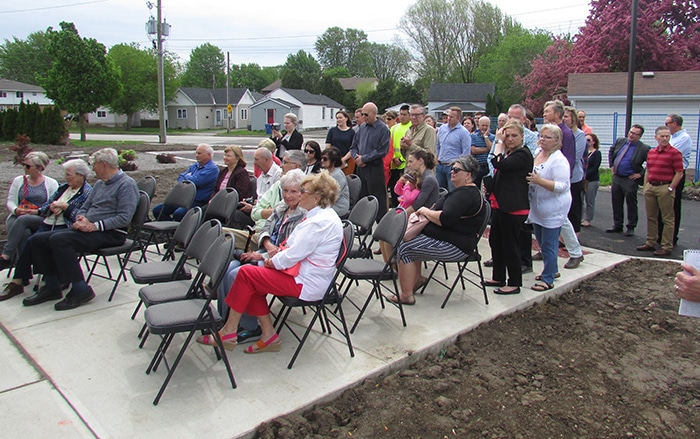 He added the support was understandably widespread.

“I think it takes a village to shelter a pet,” he said.

“There were many big asks and small asks, concerts and shows,” she said.

“Our task was to secure funds, and we did that.” 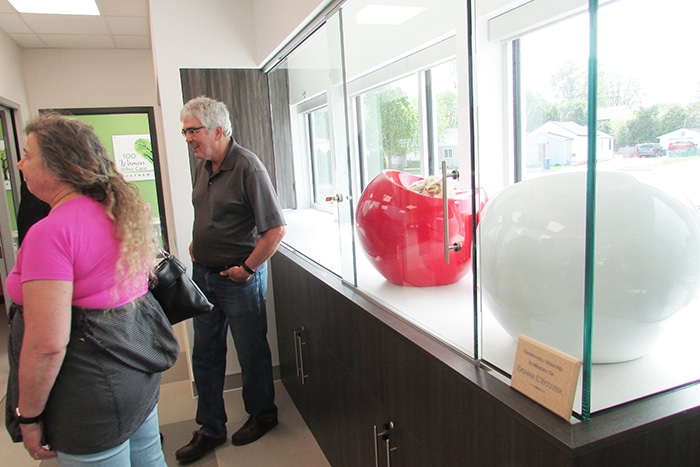 Mayor Darrin Canniff said the shelter is an excellent example of how public/private partnerships can work.

“This facility is something to make Chatham-Kent proud,” he said.

McGeachy said the new shelter was built with the wellbeing of the animals and staff in mind.

“This building is designed with care and understanding, creativity and expertise,” she said.

Pet and Wildlife Rescue, operators of the shelter, was to begin to move into the new shelter on Monday.

As a result, only emergency services will be available until May 29, with full operations resuming that day. General inquiries can be made through PAWR’s Facebook page, but responses may be delayed.

Animals were to begin being moved in early this week as well, McGeachy said.

The public is invited to tour the new municipally owned shelter June 8 from noon to 4 p.m. 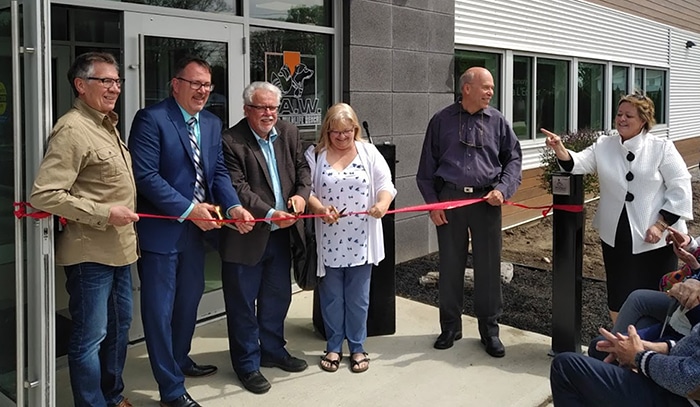