Helping with the Butterfly Build Fund

Feb 7 • Feature Story, Life • No Comments on Helping with the Butterfly Build Fund 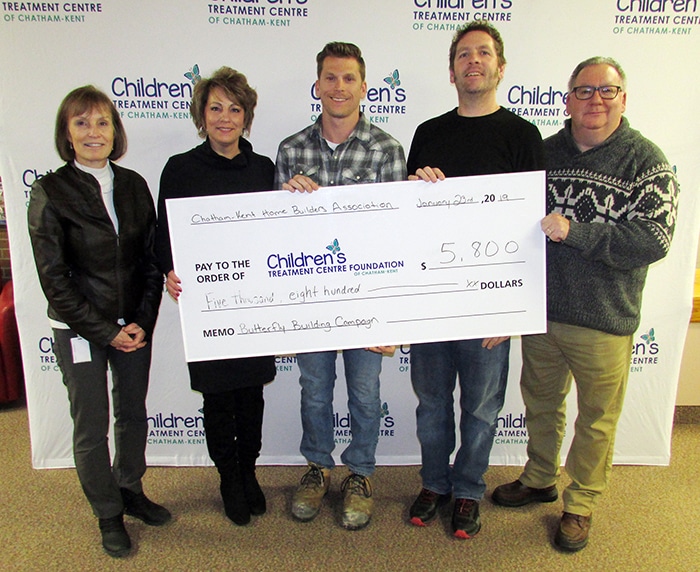 Children’s Treatment Centre (CTC) of Chatham-Kent personnel and members of the Chatham-Kent Homebuilders Association (CKHBA) celebrated the completion of a $10,000 commitment from the association to the centre’s Butterfly Building Fund recent.