Shoppers in Chatham-Kent have started to see the Salvation Army Red Kettles at various locations in the community, and this year, the goal has been set at $500,000.

At a Red Kettle Campaign kick-off recently at No Frills in Chatham, Karen and Stephen Holland, captains with The Salvation Army Chatham-Kent, said the money raised during the campaign goes toward the Christmas food and toy hamper program, as well as funding services offered throughout the year.

Last year, Karen said the campaign goal was $460,000 and they were stunned and appreciative of the community stepping up to bring in $490,000. This year, the $500,000 goal is ambitious but needed to combat the increased cost of living for residents in need.

“Chatham-Kent has always been great at supporting us and I know they will step up again this year,” Karen said. “A huge need for us this year is volunteers. Our regular volunteer base is aging and not able to get so much anymore and we need to be able to figure out how to get the younger people committed to it as well.”

Besides the yearly Christmas hamper and toy drive, the Salvation Army operates four food banks in Chatham-Kent, youth programs, homelessness programs, assistance with medication, transportation, clothing or whatever the need is at the time, Stephen noted.

Toys are a big need this year as well for the children, and the Hollands are asking that new, unwrapped toys be dropped off at the Salvation Army Church on Orangewood Boulevard in Chatham, where the packing of the toy hampers will take place.

The generosity of the community is much appreciated.

“We get support here major cities don’t get, and considering how big Chatham-Kent is, we will do just as well as London sometimes,” Stephen said. “It’s a little amount of kettles but people are very giving and we know they’ll give again.”

There are eight kettle locations in Chatham, including No Frills, Downtown Chatham Centre, Superstore, Food Basics, Canadian Tire, Walmart and Giant Tiger, as well as five locations in Wallaceburg, three in Blenheim, and two in Ridgetown.

To volunteer to stand by the kettles during the campaign in two-hour shifts, please call 519-354-8353. 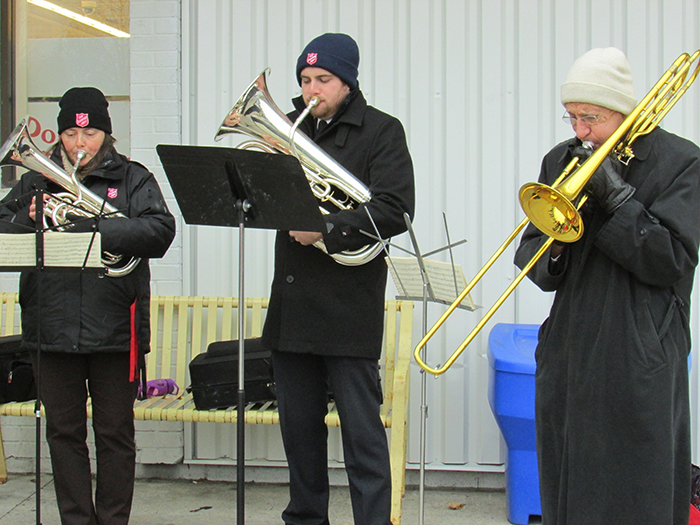