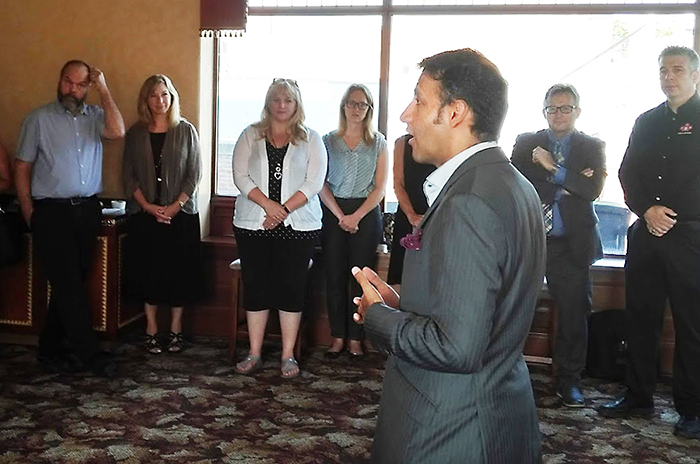 Arif Virani, Parliamentary Secretary to the Minister of Canadian Heritage and Multiculturalism, met with about 20 members of the Chatham-Kent community during a stop at the Capitol Theatre this morning.

In a brief address, he spoke of the importance of immigration for small communities as well as large urban centres.

Virani, himself a child refugee from the murderous regime of Ugandan dictator Idi Amin in 1972, said the federal government has embarked on a comprehensive plan to not only help newcomers to Canada but to reinforce the concept of multiculturalism and respect for Indigenous cultures.