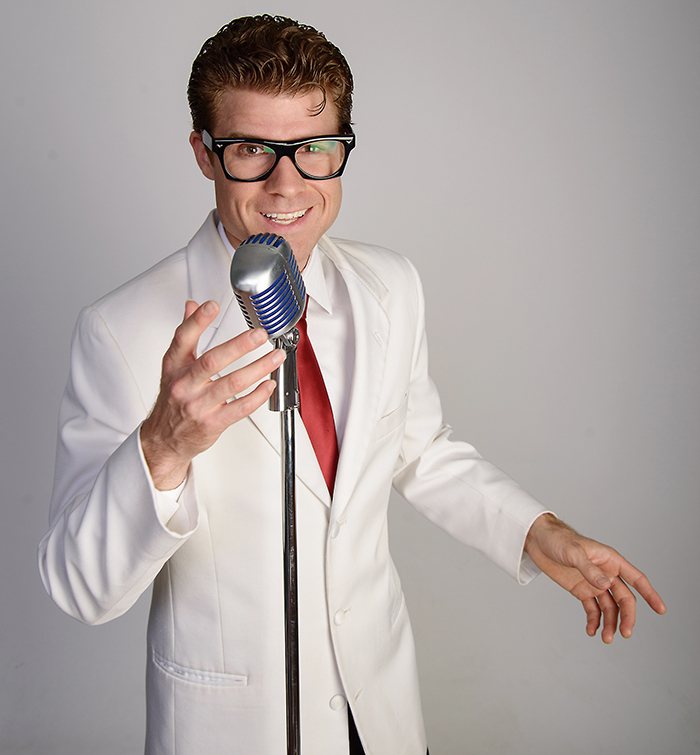 Jeff Giles takes on the persona of Buddy Holly March 17 at the Chatham Capitol Theatre.

A touch of Broadway is coming to Chatham when Buddy Holly’s Rockin’ Dance Party headlines at the Chatham Capitol Theatre on Saturday March 17.

This show features the talents of international touring artist Jeff Giles, best known for his starring role in The Buddy Holly Story, the official musical show of the legendary Rock & Roll pioneer who died in a tragic plane crash on Feb. 3, 1959.

In Canada, Giles has starred as Buddy in Charlottetown, PEI, where he was also featured on CBC television, and in Hamilton, where the show sold-out the prestigious Theatre Aquarius for a month. Of his performance there, the Hamilton Spectator described Jeff Giles as “the sexiest Buddy Holly ever.”

Songs performed by Jeff Giles include Buddy’s biggest hits like Peggy Sue, That’ll Be the Day, Rave On, It’s So Easy, Everyday, Oh Boy, Not Fade Away and True Love Ways amongst the many audience favourites.

Tickets are on sale at $41 plus service charge and can be purchased at the theatre box office located at 238 King St. W. in Chatham, by calling 519-354-8338 or purchase online at www.ChathamCapitolTheatre.com.