After more than three decades in education, Dan Parr recently announced his plans to retire.

The director of the St. Clair Catholic District School Board has spent the past 31 years in education. 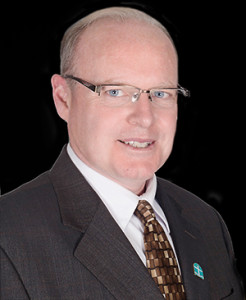 “I have been honoured and humbled to serve and lead in Catholic education both in the St. Clair and Huron-Perth Catholic district school boards,” Parr said in a release. “It has been a great privilege to work with so many good people – students, parents, colleagues, trustees and priests.”

Parr began his career in 1986, serving in the Huron-Perth Catholic District School Board as a teacher, vice-principal and then principal of St. Michael Catholic Secondary School.

He then became Superintendent of Education in Huron-Perth.

In 2013, he accepted the position of Director of Education for St. Clair Catholic.

“I am very grateful to the trustees of the St. Clair Catholic District School Board, who entrusted me with the leadership of the Board,” he said. “I cherish all of the blessings that Catholic education has provided me.”

“Dan has served St. Clair Catholic with distinction and a steadfast focus on the mission of Catholic education,” says John Van Heck, Chair of the St. Clair Board, in a release. “His passion was to bring our students to achieve their very best in a learning environment built on Catholic values.”

The Board will now begin the search for a new director, to take up the leadership of the Board on Jan. 1, 2018.