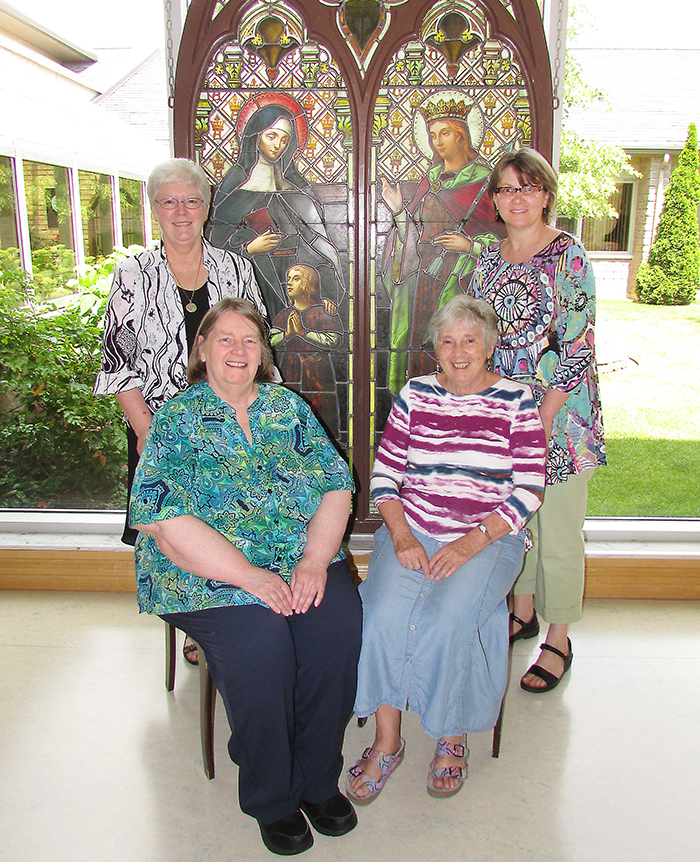 Back row, sisters Theresa Campeau and Noreen Allossery-Walsh; front row, Sheila McKinley and Pauline Maheux are the new leaders of the Ursuline Sisters. The order held a general meeting last week and selected these sisters to lead.

The Ursuline Sisters gathered from June 11-16 in Chatham, and selected new leadership.

The gathering was the sisters’ 22nd General Chapter, an event that takes place every four years.

During a General Chapter, the sisters all gather to pray and reflect on the past four years, and plan for the future.

There are still 71 sisters in the Ursuline Sisters, according to Sister Eleanor Gleeson, 45 of which live in Villa Angela in Chatham. While the bulk of the order does live locally, she added there are still sisters in Toronto, London, Windsor and Hamilton as well.

Many of the ministries of the sisters involve assisting the poor, seeking justice, addressing environmental issues, aiding women’s groups, paying and volunteering for various needs.

Gleeson said once a sister, always a sister when it comes to the order.

« Students show their potential The power of one piece of paper »