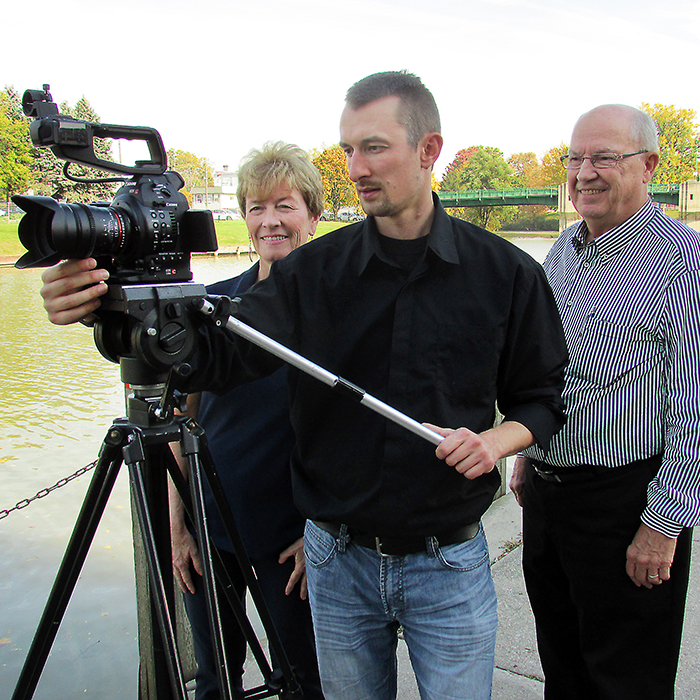 Canoeing 287 kilometres from the headwaters of the Thames River to where it empties into Lake St. Clair, one man is bringing his experience to the screen Nov. 16.

In Chatham recently to wrap up filming of his four-part documentary series, Traverse the Thames, producer Mark Drewe of Mosaic Mind Pictures in London talked about his goal of making people more aware of the communities that make their home along the Thames and how they are all connected.

“What happens upstream can affect communities downstream on the river,” Drewe said. “It’s a shared responsibility and we are trying to get people to interact with the river in a positive way whether it be stewardship or economic influence. What we do in our daily lives impacts the river.”

Teaming up with Cogeco and the Chatham Sunrise Rotary Clean Water for Living initiative, Drewe and his crew filmed all along the river, up to Lighthouse Cove, doing featurettes on the communities and noting the different characteristics of the river, from deep water and high banks to rocky and sediment/sand/clay bottoms.

Drewe and his four-man crew started on the upper Thames, often having to portage until reaching the main branch of the river, during the some of the hottest days in June. The footage from the river perspective was blended with filming done in communities along the river to make the four part documentary.

“The Thames is the second longest river in southwestern Ontario and we spent seven days on it,” Drewe said. “I learned a lot and don’t regret the trip even though it was the hottest days down here. Because it was so dry, the river was at a 30-year low at the start and it was tough; we did a lot more walking than we did paddling the first two days.”

The first television episode of the documentary series will be shown Nov. 16 at 7 p.m. at the St. Clair College Thames Campus Auditorium with an introduction from Drewe, a talk by Bonnie Carey of the Lower Thames Valley Conservation Authority on the Thames River as a Canadian Heritage River and a three-minute video from Sunrise Rotary on their Clean Water for Living project.

According to Chatham Sunrise Rotary President Linda Goldsmith, the Clean Water for Living project has been ongoing for the past two years. Rotary International has been a huge sponsor of water projects, raising $20 million in one year for latrines, wells and bio sand water filters, she said, but Sunrise Rotary also wanted to work locally to promote the “positive steps we can take in Ontario to protect local water.”

Project chair John Lawrence added that it’s important to get people to be much more aware of water issues and what they can do protect water resources.

The premiere and the entire series will be telecast on COGECOTV and the time it is airing can be found at cogecotv.com/chatham.

The Nov. 16 event is free to the public.