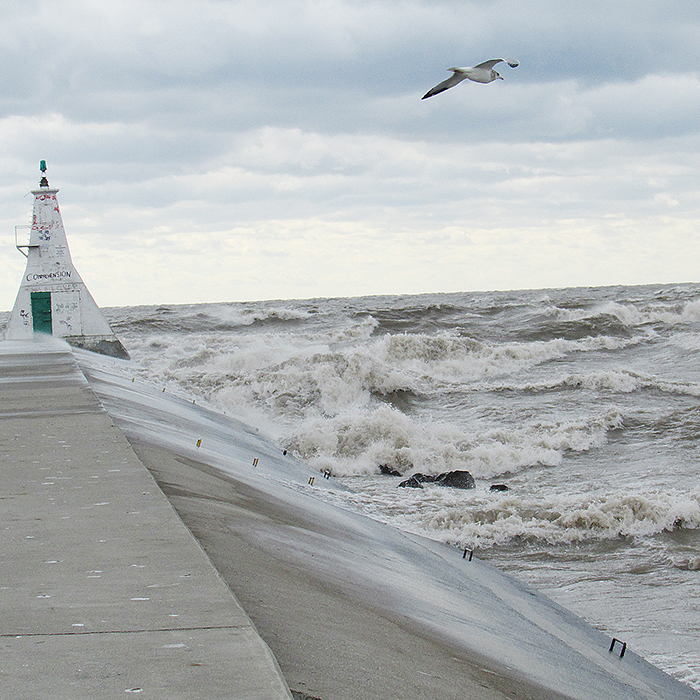 Here, the large waves crash against the break wall, and the wind blows spray across the cement.

The waves even rolled up the channel and into Rondeau Bay. 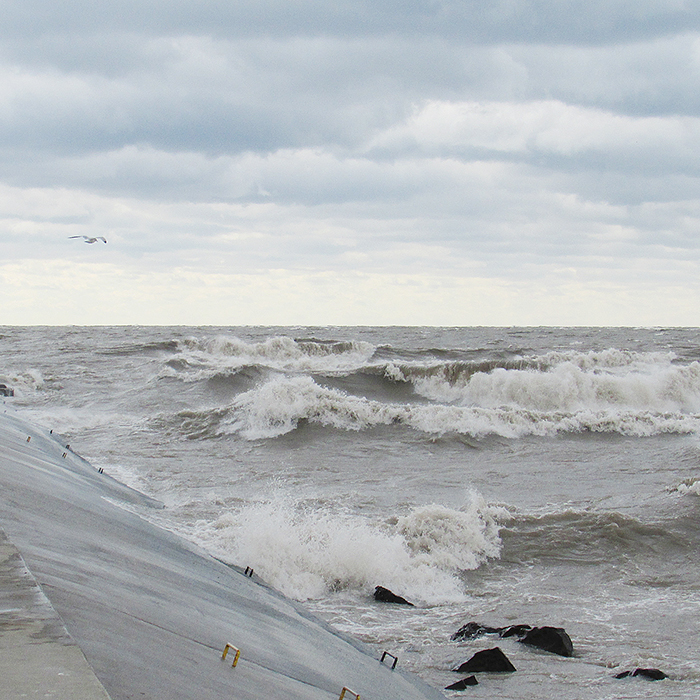 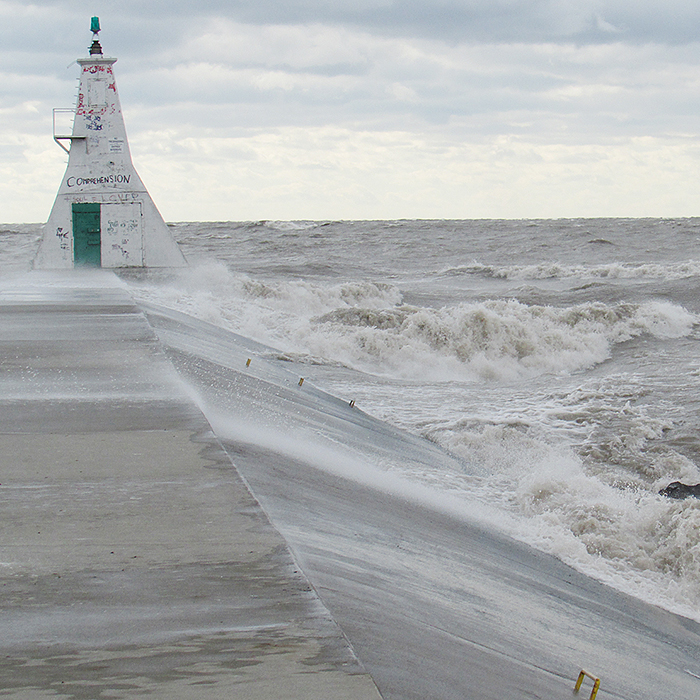 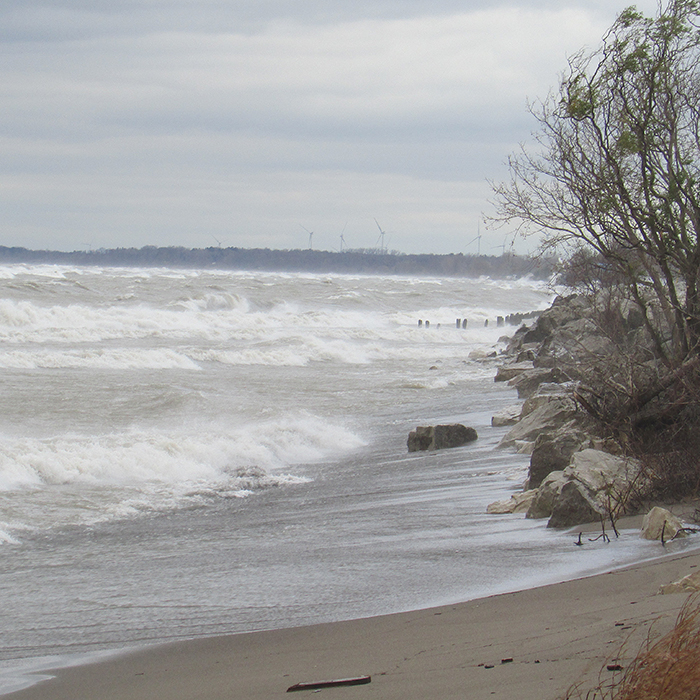 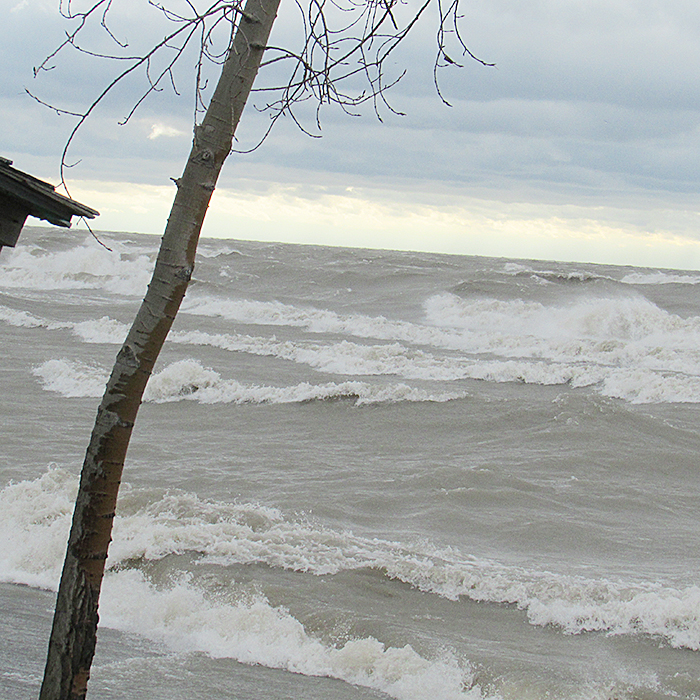