As some folks tear down woodlots in the area, one local couple is being recognized for their efforts in preserving – and improving – theirs.

Chatham’s Gary and Marilyn Eagleson recently were named recipients of the 2015 woodlot management award from the Lambton Woodlot Owners’ Association. The Eaglesons own a 58-acre parcel of land near Florence.

They purchased the property in 2006. Gary said a great deal of work has gone into helping to return much of the property to its natural state.

The land straddles the Fansher Creek, which feeds into the Sydenham River. When the Eaglesons purchased the property, it had 40 acres of young Carolinian growth, plus 18 acres of land used for crop farming.

Work with the St. Clair Region Conservation Authority and the Rural Lambton Stewardship Network has turned most of the farmland back into wildlife habitat.

Gary said the groups have donated about $20,000 worth of initiatives – from tree planting to good, old-fashioned hard work – to help rehabilitate the property.

There are now four ponds on the land, using the natural drainage features of the clay soil. Four acres of tall-grass prairie has been seeded and grown. Carolinian trees and shrubs dominate the remaining acreage.

Gary’s particularly proud of the tall grass portion of his property.

“It was beautiful last year,” he said. “Last fall, it sounded like a bagpipe band warming up with all the honeybees.” 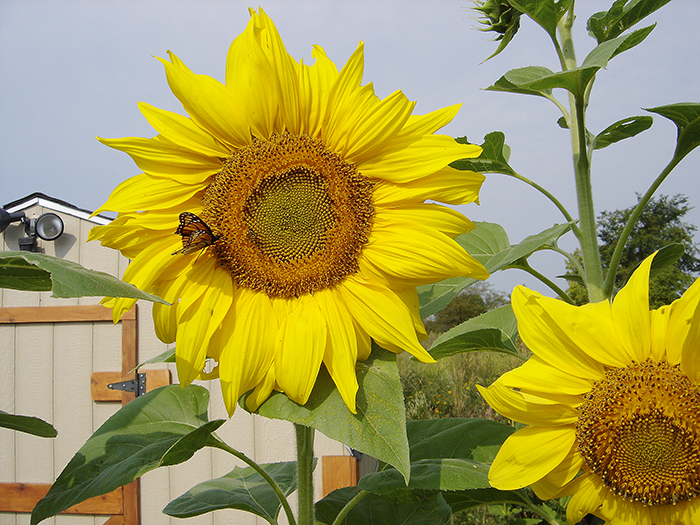 That buzz has a friend interested in setting up a satellite bee yard on the property, he said.

A section of the land is home to a variety of nut trees – hazelnut, heartnut and chestnut. Gary would love to see the nuts harvested at some point in the future.

There is also a berry patch, home to black and red raspberries.

Gary calls the work on the property “constant,” but he wouldn’t have it any other way. He and Marilyn grew up on farms and have long had respect for the environment, he said. When the opportunity came up to acquire the land, they jumped at it.

They have since built a log cabin on the property, even celebrating New Years there one year.

With as much work as has gone into the property, Gary said he hates seeing landowners destroying woodlots, and calls the lack of tree cover in Chatham-Kent “asinine.

“I’ve put a lot of effort into this. It gives me plenty of frustration seeing woodlots destroyed just down the road,” he said. “An excavator and a bulldozer can destroy an acre (of woodland) in an hour. There’s no regard for anybody else.”

He blames a lack of oversight.

“The problem is our political leaders will do nothing about it,” he said.

The Eaglesons host public tours of their property, promoting good land stewardship. Gary, who spent more than three decades as a biology teacher in Chatham, is also actively involved in the promotion of woodlot conservation and increased biodiversity here in Chatham-Kent. 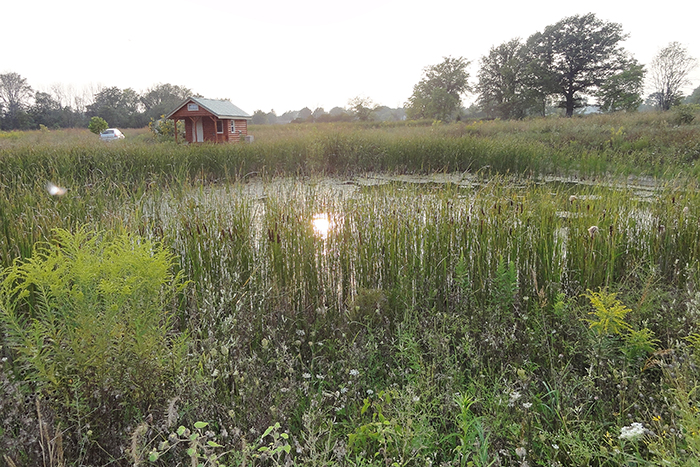