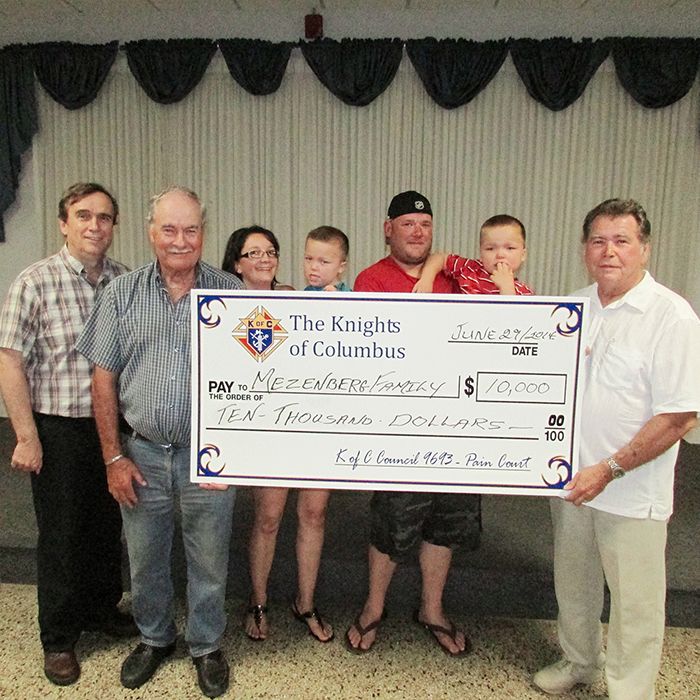 From the Mezenberg family, Krista, holding Max; and Justin, holding Alex, accept a cheque for $10,000 from Wild Game Supper organizers Yvon Sterling, grand knight of Knights of Columbus council 9693, left; Bob Branquet, dinner organizer; and Norb King, right, chairman of the Wild Game Supper committee with the Knights of Columbus. The Mezenbergs will use the money to make modifications for their home and vehicle, as the two boys are developmentally delayed.

The funds raised from the dinners, which have totalled in excess of $300,000 over the years, go to assist families in need.

This year, the Mezenberg family from Highgate and the Vlasmans in Chatham were the recipients of $10,000 each. 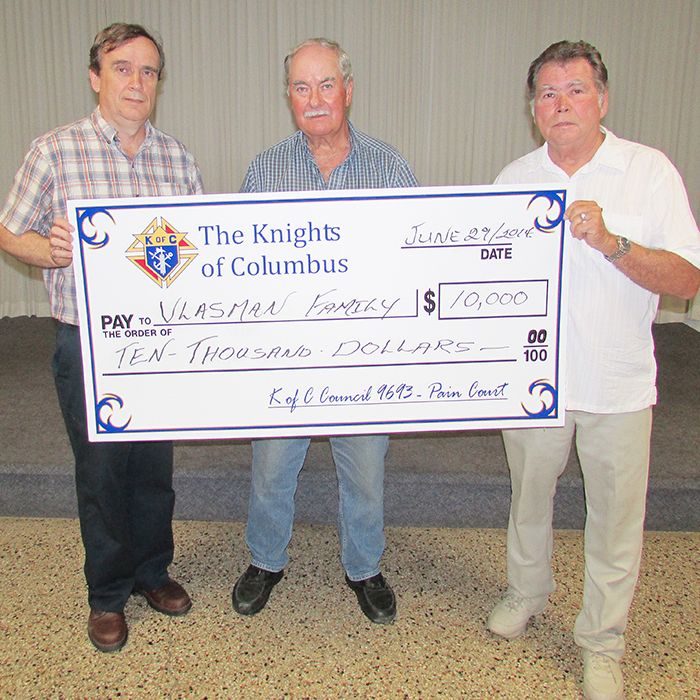 The Vlasman family was unable to be on hand to accept their cheque from the dinner, but Yvon Sterling, grand knight of Knights of Columbus council 9693, left; Bob Branquet, dinner organizer; and Norb King, right, chairman of the Wild Game Supper committee with the Knights of Columbus will ensure they receive their funds.