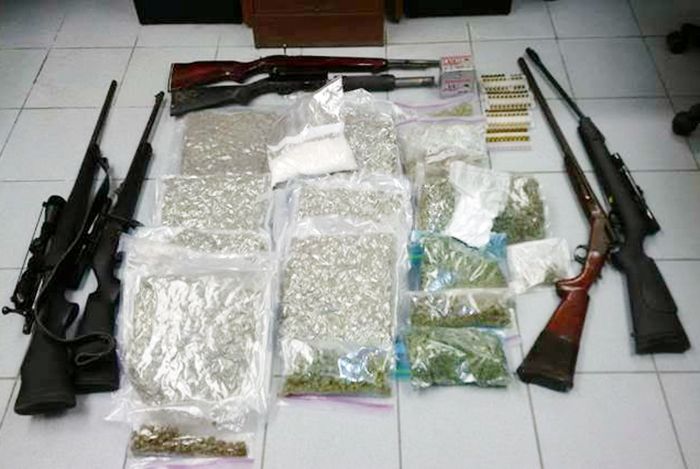 Chatham-Kent police seized nearly $180,000 worth of drugs, as well as guns and vehicles, during a drug raid on the weekend in Tupperville.

Another man, 26, faces a charge of possession with the purpose of trafficking Fentanyl.

The Critical Incident Response Team and police dog services were involved in the raid.

Police seized a pickup truck, two cars, three motorcycles, five firearms and a quantity of ammunition in addition to the drugs.