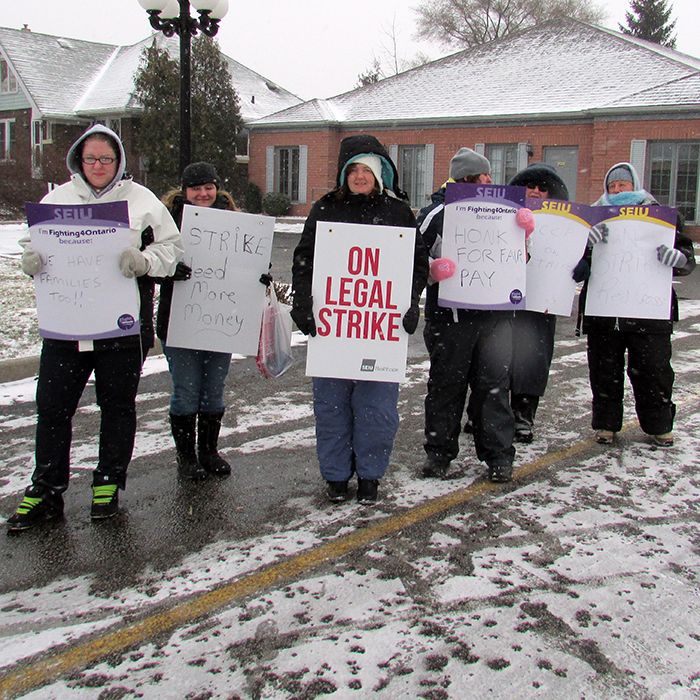 Red Cross personal support workers, on strike since early December, received a bit of a Christmas present, as they returned to work Dec. 27, knowing an arbitrator will settle their dispute.
Now, arbitration will begin this month to work out a deal between Red Cross Care Partners and the Service Employees International Union (SEIU).
The strike sent about 50 local staff out onto the picket line. They are part of about 4,500 PSWs who went on strike across Ontario, fighting for higher wages and a better overall compensation package, according to their union president.
In a previous interview, Sharleen Stewart, president of SEIU Healthcare, said the strike wasn’t just about the top-end wage of $15.02 per hour.

“Wages are low, but out of that, they’re required to use their own vehicle to go from client to client,” she said, adding the PSWs receive $0.34 per kilometre, “not much when gas is $1.30 a litre.
“They also don’t get paid their full salaries when travelling from one client to another. Instead they get what amounts to about a third of their salaries to travel.”
According to the union, about 48,000 clients across the province were impacted by the strike.
Many of the clients are senior citizens.