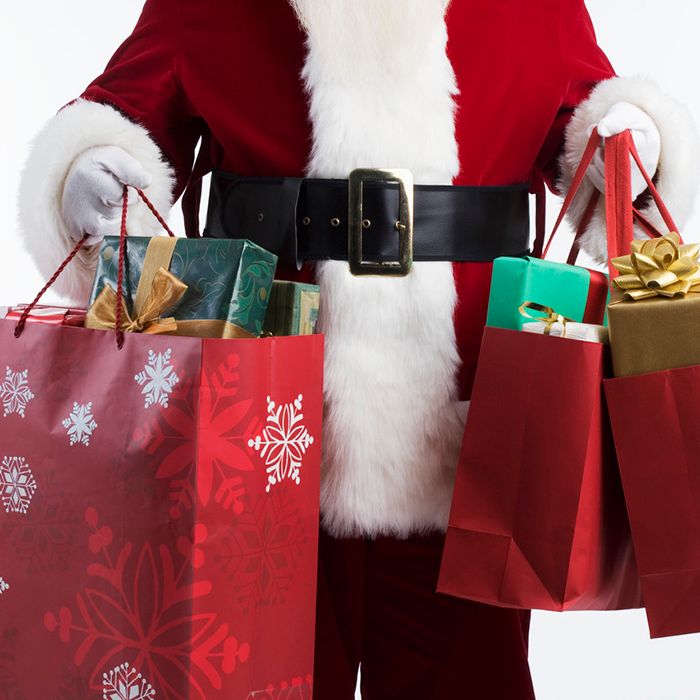 I’m one of those guys who must go out shopping less than a week before Christmas, at least for a few items.

It doesn’t matter if I began shopping for Christmas four months ago. I will not finish until Christmas is mere days away.

Is it because I’m lazy? Maybe. A procrastinator? I’ll let you know when I sit down to ponder that one, but not today. Or is it because the final week leading up to Christmas is the most festive time in the stores? This rings true.

When I was younger, I’d hold off on at least one purchase for Dec. 24, wading into the last-minute crowds just to say I’d been there, done that. But now, I’m kind of anti-crowd, so I’ll hit stores during their extended hours, or just after they open in the morning, to avoid the throngs of people.

I’m not a 3 a.m. shopper, but I do appreciate the 24-hour openings – so people who may be tempted to shop at 10 p.m. push it back a few hours. It opens things up for me for my late-evening shopping.

And my dabbling in the last-minute quest for goodies is often limited to a gift card here or there, or a DVD or video game for one of the kids in our extended family. But I like shopping at night and at relative peace without the masses.

As for gift wrapping, there’s nothing like Dec. 24, when everyone else goes to bed. A glass of single malt, scissors, tape and wrapping paper is a good mix for me.

Admittedly, I’m a mediocre wrapper at best. When I put extra ribbon on a present, people take note, because it is so out of the ordinary.

But I usually offer to wrap kids’ gifts, as the children generally couldn’t care less about pretty bows and nice ribbons. The wrap is all that stands between them and their new toy, so it is sure to be shredded in short order, without so much as a second look.

This is especially true with two young nephews in the family. While our daughter usually takes the time to look at the wrapping job, her cousins wade in. I swear they resemble Edward Scissorhands and Freddy Krueger – knives and scissors in place of fingers – when it comes to opening gifts. Small scraps of giftwrap fly about as they unveil their treasures within.

I guess I’m still a bit of a kid at heart. I encourage gift givers to not waste their artistic wrapping talents on me, but to instead spend it on someone who would truly appreciate it. Basic wrap and a stick-on bow are fine and dandy for me.

However, I do appreciate what is inside, and the thought that goes into it. I just feel guilty if someone was up into the wee hours of the morning curling ribbon with the edge of one blade of a pair of scissors (yes, I can do it) and turning wrapping into fine art, just for me.