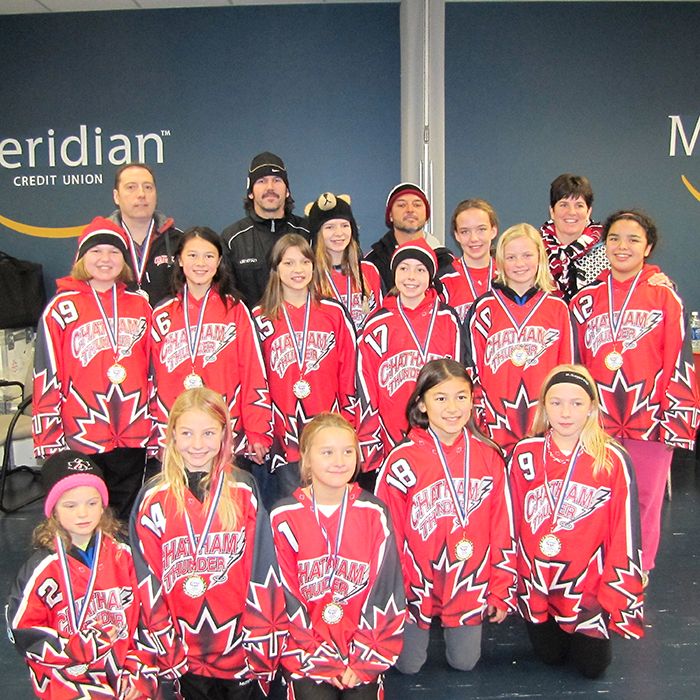 St. Catharines was kind to the Chatham Cement Man Petite A Thunder ringette team, as the girls took gold at a weekend tournament there.

The Thunder finished with a 5-0 record in the tournament, outscoring their opponents by a combined 32-9.  Audrey McKay-Barr was the winning goalie for each game.

Legere scored twice and assisted on one in a 7-2 win over Burlington. Delaney George, Erica Anderson, Harron, McLeod and Thompson had singles, with Newman picking up three assists.

Legere continued her scoring streak with a hat trick in Chatham’s 5-1 win over Oshawa. Newman and Erica Anderson each had singles.