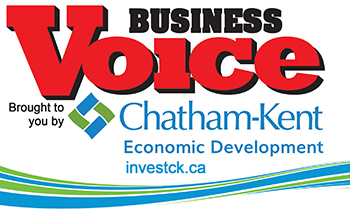 Instant Print owner David Dawson met with the minister and gave him a tour of their operation, including a demonstration of their recently installed sign equipment.

Fedeli also congratulated them on receiving a Digital Main Street grant, which Dawson said would be used to install software that will improve the customer experience. Dawson also thanked the Chatham-Kent Small Business Centre for its help in applying for the grant.

Fedeli also popped into the Art & Heirloom Shoppe on King Street in Chatham during his tour through the area. He spent time talking to the owners of the gallery and antique business, as well as patrons.

The Great Indoors, a newly opened store on Grand Avenue East in Chatham, specializes in helping people grow fruits and vegetables inside their homes.

Check out the showroom and merchandise on display, and chat with staff for advice on how to garden year round.

It could also help reduce stress and improve air quality in your home. 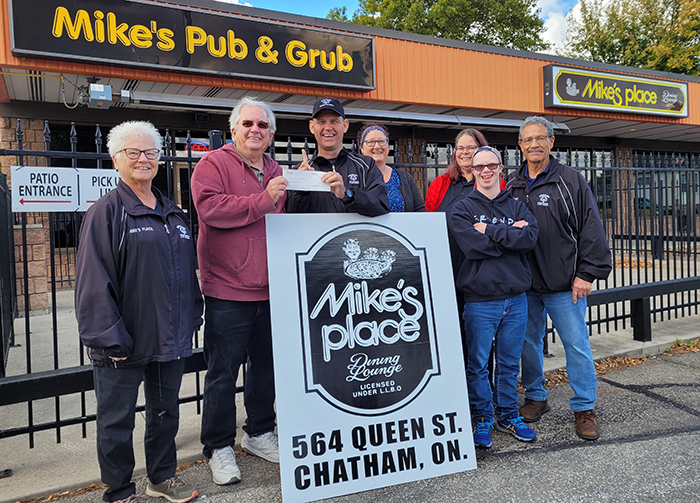 When it comes to raising funds for Chatham-Kent Special Olympics, Mike’s Place is on the ball.

Owners Mike and Brenda Buckler held the group’s 23rd Annual Golf Tournament in support of local athletes on Sept. 23, raising more than $7,000 for the organization.

The couple recently presented the group with a $3,450 cheque from the event, but with additional sponsors and other donations the total nearly doubled.

CKSO coordinator Velma Bachtold said the tournament is the group’s biggest fundraiser of the year.

“We would like to thank Mike and Brenda for holding the golf tournament in support of us,” Bachtold told The Voice. “We would also like to take the time to thank all the people who sponsored holes, donated prizes, made donations and last but not least, thanks to all the golfers.”

Brad-Lea Meadows, the company that had previously owned the Holiday Inn Express in Chatham, has sold the hotel.

Reports state the property was sold for $12 million.

The Holiday Inn Express was once part of the massive Wheels Inn complex on the corner of Richmond and Keil Drive in Chatham. Post 9-11, with tourism business dropping way off from the U.S., Dean Bradley, head of Brad-Lea Meadows, opted to demolish a portion of the facility, and divested what is now the John D. Bradley Convention Centre – named after Bradley’s father – to let the city operate it.

The Cascades Casino sits on another portion of the former Wheels Inn property.