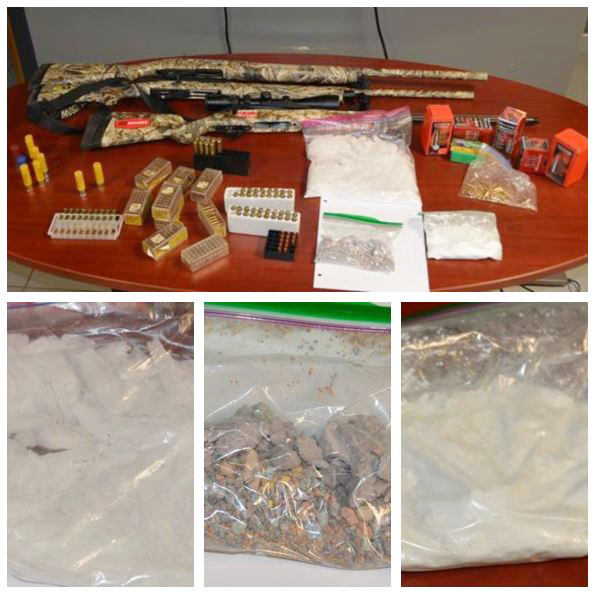 On Thursday, members of the Chatham-Kent Police Service Intelligence Section along with members of the Lambton County OPP Street Crimes Unit conducted a joint forces investigation and raided a Dresden area property.

Police seized two shotguns, a .308 rifle, 114grams of cocaine, 128.8 grams of fentanyl and more than half a kilogram of methamphetamine.

Total street value of the drugs seized has been estimated at in excess of $93,000. Ammunition, a cell phone, debt list and a large quantity of Canadian currency were also seized.

A 39-year-old Camden Township man is charged with multiple drug and firearm related offences. He has been held in custody pending a bail hearing.

Chatham-Kent police say it only took a few hours for a man to violate conditions of his release from custody.

The man was released from court on Wednesday with conditions, including two that stated he was not supposed to communicate with a specific family member, or go to where they live.

However, police say later that night, the man contacted that family member, and on Thursday visited the home.

Later that day, police arrested a 26-year-old man, of no fixed address, for two counts of failing to comply with his release conditions. He was held in custody pending a bail hearing and remanded into custody until Oct. 4.