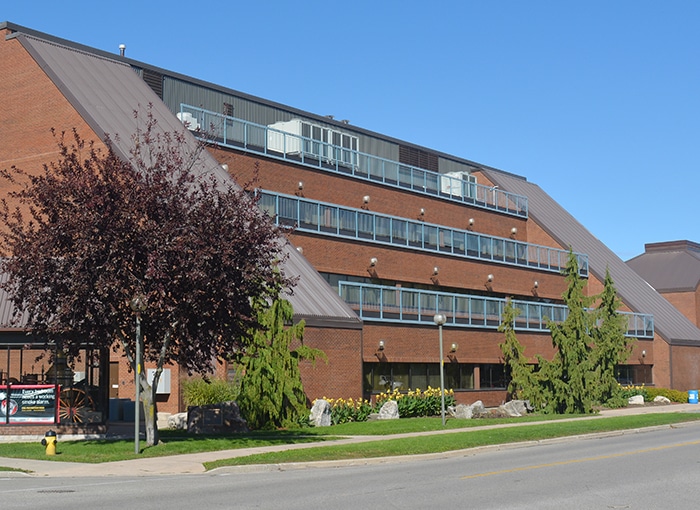 Chatham-Kent’s Civic Centre renovations are once again put on hold.

At a recent meeting, council was set to discuss, for the fourth time, the $18.1 million needed for repairs and upgrades, but the report was pulled from the agenda hours before the meeting.

“I actually asked for the report to be pulled,” said Don Shropshire, chief administrative officer of Chatham-Kent. “I got a call at about 3 p.m. on Monday afternoon from a potential investor that was putting some information in front of me that had not been shared previously. And it may impact council’s deliberations or decisions to invest money within the Civic Centre, so I asked for it to be pulled.”

Shropshire said it was too premature to release more details on this new investment opportunity and said he will release further information once council receives a report with all the details.

Mayor Darrin Canniff said the opportunity is tied to the bigger picture on how the municipality will move forward in delivering its services.

Economically, Shropshire said one of the recommendations brought back by the recovery task force was not to raise business taxes for next year, as “the business community’s been hammered by COVID.” One way to achieve that goal would be to reduce municipal services.

Chatham-Kent is also trying to take advantage of the new working-from-home norms to promote the municipality as a desirable place to live with remote working opportunities. At September’s meeting, council passed a motion directing administration to review which staff positions have been home-based during the pandemic and how they can maintain a working-from-home structure in the future.

The economic and working situations means the municipality will have to take a look at how to either reduce services to save money or take some buildings off their hands as more services move online.

“That is probably the one of the single hardest discussions to have is what’s the optimum balance between the level of taxes people pay, because nobody wants to pay more taxes, with the level of service that we’re actually able to afford,” Shropshire said.

One item, which municipal staff will be looking at, is whether or not the current configuration of Chatham-Kent’s libraries is optimized, or whether we should be considering some other options.

As an example, Shropshire said staff would be open to speaking with the people who run the Mary Webb Centre in Highgate to see if they would be open to housing the local library. Another option would be to enhance online services and increase bookmobiles, to reduce the costs of maintain a physical building.

A library such as the one in Highgate only costs $45,000 to maintain, however, Shropshire said it is important for the staff and council to look at each little cost.

“It’s those incremental costs right across the board that if you don’t touch any of them, because they’re all small amounts, then you’d never get to have a chance to recognize any of them.” he said.

Staff is planning to report back to council with recommendations for all services, libraries and arenas across the board.

“We’re not sitting back here and saying that any of the services that we’re thinking of changing or reducing are in any way, shape, or form not valuable services,” Shropshire said.