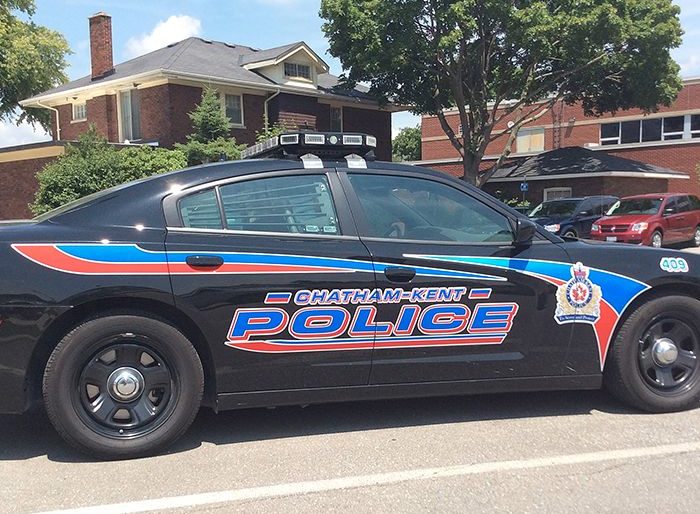 The driver lost control of his vehicle, left the roadway and struck a hydro pole, police say.  Minor injuries were reported.  Total damage was estimated at $7,000.

An 18-year-old Louisville man is charged with careless driving.

Around 3:30 a.m. this morning, an officer on general patrol observed a suspicious vehicle on Harvey Street near Queen Street in Chatham.

A traffic stop was initiated and through investigation, the officer learned that the occupants were in possession of suspected methamphetamine and fentanyl.

The driver and passenger were both arrested and charged with drug-related offences.

Yesterday afternoon, police responded to a neighbour dispute in Chatham, which got physical.

A 46-year-old man was arrested and charged with assault and two counts of assault with a weapon.

A 42-year-old woman was arrested and charged with assault.

Pack away the pot, just like booze, when driving

Last night, an officer on general patrol observed the woman driving on Duluth Street in Chatham.

A query of the license plates revealed that they were not registered for the vehicle.

The officer initiated a traffic stop and the woman was arrested for driving with unauthorized license plates.

Upon being searched incident to arrest, the woman was found to have marihuana joints in a cigarette package that was accessible to her while driving.

A 45-year-old Dresden woman is charged with using plates not authorized for the vehicle and having cannabis readily available while in control of a motor vehicle.