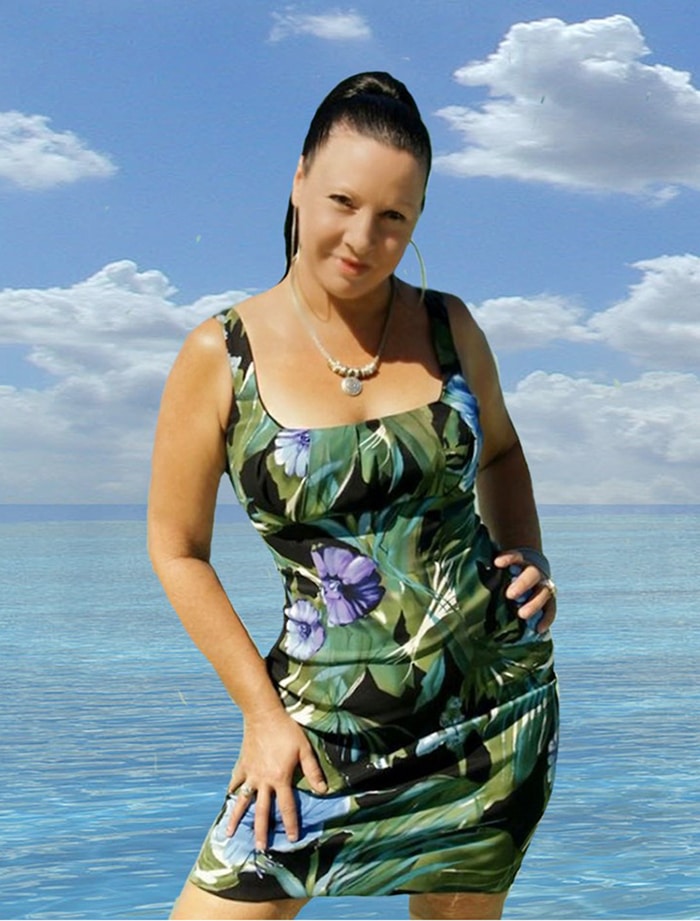 Chatham native Robin Banks, with friend and mentor Zoom, will be performing July 27 at the KBD Club in Chatham.

Canadian roots music singer Robin Banks is coming back to Chatham July 27, bringing her friend Zoom and their authentic and electric blues sound to the KBD Club.

Banks grew up in the Chatham area on a tobacco farm and drove a taxi in Toronto in the 1980s to help support her singing career’s beginnings.

In 1992, she put her blues band together near Windsor and was mentored by George “Wild Child” Butler and Alford “Chicago Pete” Harrell, while performing regionally. In 1997, Banks won Canada’s Maple Blues Award for New Artist of the Year, which was followed by performances at some of Canada’s most-prominent jazz and blues festivals

Based in Toronto, Banks has already amassed a lengthy career as a touring and recording artist in both her native Canada and all over the world. She’s played extensively in the U.S. as well as Germany, Austria, Belgium, Holland, Switzerland, France and Jamaica. She is an artist comfortable in a variety of styles, from jazz and pop to blues, soul and R&B and has a voice that’s been compared to such greats as Etta James and Dinah Washington.

A CKSS alumni, Banks said she has great memories of the Parkview Tavern in Chatham where she waitressed and performed, meeting blues singer Zoom. Banks said the singer became a friend and mentor and she is excited to be bringing her back to Chatham.

“During the 1990s, the Parkview was presenting weekly live entertainment. Some wonderful blues artists and bands from Detroit and Windsor were featured, including the outstanding female blues vocalist and entertainer, Zoom.  So, we became friends over the course of a few years in the ’90s while she was performing at that venue, as was I with my band at that time which performed in Windsor, London, and Chatham area regularly. I describe Zoom as James Brown meets Tina Turner. Add some Koko Taylor and you got Zoom,” Banks explained.

“She’s a real firecracker on stage. She was somebody who certainly influenced my direction at that time. Definitely an act not to be missed and this reunion concert should be a success because so many people in Chatham of a certain age remember those days of the Parkview Tavern and the great blues acts that passed through there,” she added.

For the show at the KBD Club, Banks backing band is the rhythm section for the Downchild Blues Band, Canada’s longest-running blues band.

“They just had their 40th anniversary and were the inspiration for the original Blues Brothers movie. In fact, I just heard Dan Aykroyd interviewed on CBC today and he talked about seeing Down Child with John Belushi and developing the idea for The Blues Brothers movie.  So, the bass player and drummer for that band are my bass player and drummer from Toronto, Gary Kendall and Mike Fitzpatrick. Also my guitarist from London, Ont. Teddy Leonard will be on the show plus our special guest guitarist, and Zoom’s former guitarist from the 1990s, from Kitchener, Ont., Shawn Kellerman,” she added.

Tickets are $30 per person and are available now at the KBD Club, at the door July 27, or at Eventbrite https://www.eventbrite.com/e/zoom-live-in-concert-presented-by-robin-banks-tickets-63036327352