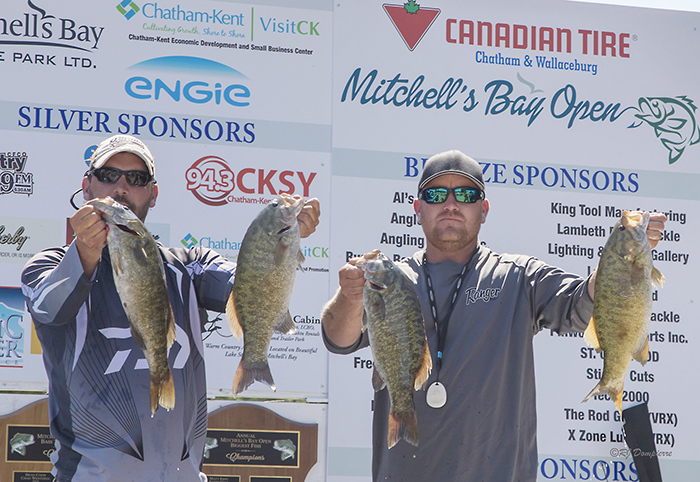 They may already be among us. It could be your neighbour, or a visitor from out of town.

We’re talking about the 150 anglers who will take part in the fifth annual Mitchell’s Bay Open Bass Tournament July 6 and 7.

Tom Beaton, one of the event organizers, said the anglers will often pre-fish Lake St. Clair as much as a week in advance of the tournament to get an idea where the hot spots are.

And 80 per cent of the participants come from out of town.

“A lot of them will pre-fish up to a week prior to the tourney. A lot of these guys are in our area for five or six days and they’re spending money while they’re here,” he said.

They are here because the tournament continues to gather steam and hands out big prize money, Beaton said

First place this year will receive a “healthy cash payout” and a 25-Horsepower Evinrude motor. Beaton estimates the prize package to be worth about $15,000.

Then again, everything’s up from last year.

“Last year, we were still taking registrations at the anglers’ dinner,” he said of the social event the night before the tournament.

Fifty-one teams took part last year. This time around, Beaton said the organization reached its 75-boat limit and had to turn people away.

“This year, we maxed out nice and early, giving us lots of time to focus on other elements of the tournament,” Beaton said. “We’ll have to decide where we’ll go next year, whether we can accommodate 100 boats.”

Beaton said organizers knew it would take some time for the tournament to catch on, but they are surprised how it has suddenly flourished.

“Everybody is leery about the quality of a new tournament. They want to know it will be an annual event, not a one-off,” he said. “Everybody told us we’d have to put in a few years to make this a big, well-known event. That’s what happened. But it’s still a surprise.”

He added it isn’t a surprise to the anglers, as the prize money, the commitment to live release and the fact the proceeds go towards upgrading the natural habitat in the community are of interest to the folks doing the fishing.

“If you look at our testimonials on our web page (mitchellsbayopen.com), everything is positive,” Beaton said.

It also helps that Lake St. Clair is a bass hotbed.

“It’s habitat – there is lots of food in that lake and lots of areas for bass to wander around to fill up. You wouldn’t find that in the Great Lakes because of the deeper waters.”

As many fish as the anglers catch, Beaton said organizers hope they all wind up back in the lake, healthy.

“Our goal is always the protection of the fish. We want zero percent mortality. That’s why we use the live release boat, and have water weigh-ins,” he added. “We’ve also been on the lake to check the oxygen levels so we know where we’ll release the fish.”

The tournament will also feature their children’s fishing event this year, where 20 kids will enjoy a day of chartered fishing and go home with a rod, reel and fishing tackle.

“We work primarily with the Canadian Tire Jump Start Program and the All For Kids Program administrated by the municipality. They take children who can’t afford to be enrolled in sports and assist them monetarily with entry fees to keep them active,” he said. “Hopefully they’ll pursue some angler interests when they are done with us,” he said.

The kids will also have a guided nature tour of the area and their own barbecue.

To help support the Jump Start Program, Beaton said there will be a food booth operating throughout the tournament.

The public is welcome to attend, and take part in the live auction, sample the food and watch the weigh-ins. 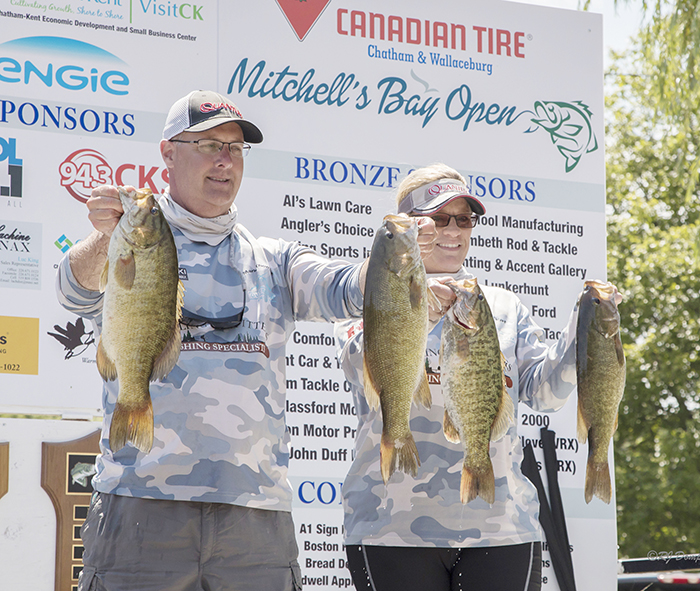