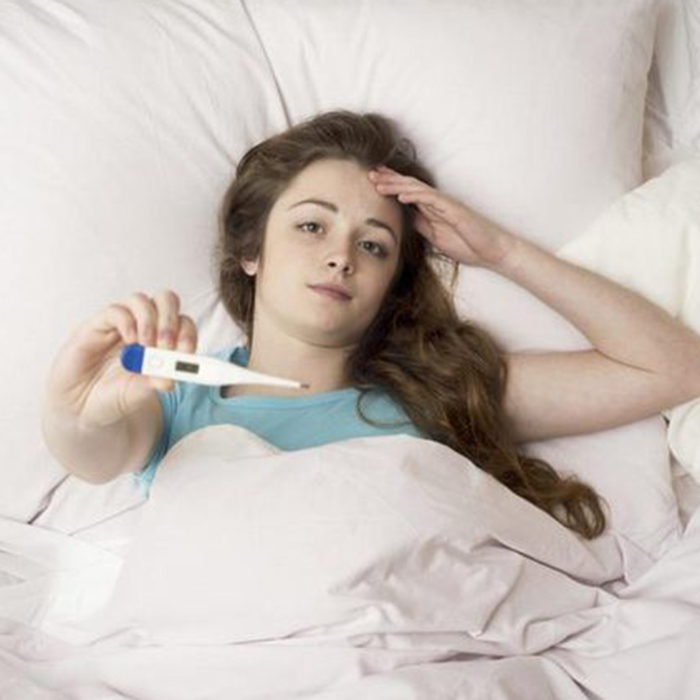 I’m talking about the winter illness. I’m not sure if it’s the flu or some oddball cold virus, but plenty of children in Chatham-Kent seem to be coming down with a fever, headache and body ache.

Our daughter suffered through it last week. A friend of hers had it prior to that, and we’ve heard of other folks whose young ones have suffered or are suffering through it.

At least for us, our daughter is a teenager, and she weathered through it pretty well.

I remember the days when she got sick when she was much, much younger. And that had me thinking about the evolution of the ill child. All parents go through this.

When your kid is just a baby and can’t communicate with anything other than giggles or crying, it’s really tough to see them get sick. There isn’t much you can use in the way of medication to help either.

About the biggest tool you have when they fall ill is your ability to cuddle and comfort your little ones.

Well, cuddles and a snot sucker. You know, the thing that is really just a miniature turkey baster, although instead of adding fluids, you are taking them away.

Officially, they’re called “nasal aspirators,” but you knew exactly what I’m talking about, didn’t you?

And when they get old enough to blow their own noses, chances are you did the same thing we did – add it as a bathtub toy. Our kid used it as she was making various “concoctions” while in her bubble bath. She may yet be a chemist of some sort.

Even when they’re old enough to grab that tissue paper and honk on their own noses, they still need those parental cuddles to get them through the worst of it. And of course, they require you to pick up all those tissues used on their noses, some of which you wonder if they were even used – to the point you doubt a forensics team would pick up any of your child’s DNA on them.

And then kids reach the stage where they’re so good at blowing away their nasal congestion that they make specific requests for a higher grade of tissue, as they’re honking away so often with your generic tissue that their noses are getting sore.

They’re not quite as into cuddling at that point – adolescence – except when they’re really sick.

We’ve reached the teenaged stage as mentioned. She wants the specific type of tissue when it’s needed, and, while now quite independent in some ways, she puts out specific requests for us to bring home in terms of food and beverages.

This kid loves soup. But when she was sick recently with fever and a bit of chest congestion, she ate so much of it she reached her saturation point.

Meanwhile, the fever would come and go, come and go. Just when we thought it was gone, back it would come. She’d get the glassy-eyed look and chills, and we’d get the medication.

As the fever eventually started to run its course, she had new requests for food. I was offering to cook her a variety of dishes, but she asked for a whack of fruit – strawberries, apples, clementines and grapes. Naturally, I obliged. A teen asking for a heavy dose of healthy food does not get turned down.

As independent as this girl is in some ways, she still slipped in a nice cuddle with her mother on the couch during her bout with the fever. That’s a nice, quiet “thank you” for any parent.

I wonder what the coming years will bring when our child takes ill. And I wonder at what point she starts taking care of us when we fall ill.