BIA revving up for Retrofest

Mar 25 • Feature Story, Local News • No Comments on BIA revving up for Retrofest 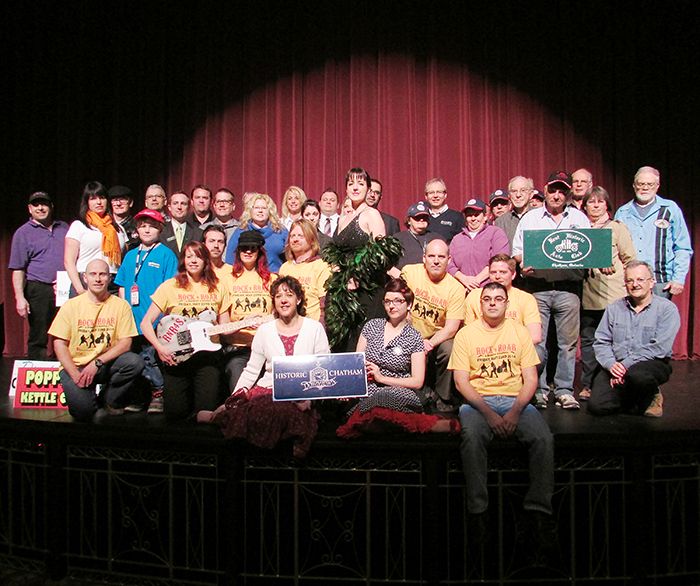 The organizers of the annual classic car show held an R U In event March 19 at the St. Clair Capitol Theatre to gauge support.

This year’s Retrofest takes place May 23-24, the fourth weekend in May.

Organizers are looking for sponsors and volunteers to help make the 2014 version a success.

“We can always use volunteers, “ Labadie said. “Not just downtown on the event weekend, but there’s a lot of effort put in leading up to Retrofest. We need a lot of people to organize and bring it all together.”

Labadie said there are a few changes this year, one of which is the unlikelihood of there being a band in Tecumseh Park, an event RM Classic Cars has sponsored in the past.

But Rock N Road for Sophia will take the stage the Friday night at the Capitol Theatre. Face4Radio, Walkin’ 47, Superfly and Brooklyn Roebuck will perform at that fundraiser event for Chatham teenager Sophia Vlasman who is battling cancer of the sinuses.

There is also a Miss Retrofest contest this year, sponsored by the Downtown Chatham Centre. It’s an online competition where participants e-mail their submissions to take part. Break out the ruby-red lipstick and polka dot dresses, and submit a photo of yourself rocking that 1950s vibe.

The winner will receive VIP treatment during Retrofest weekend, which includes riding as a guest of honour in the Classic Car Cruise, a shopping spree at Le Chateau, a retro makeover, and a pinup-inspired photo shoot.

Anyone interested must be 18 years of age or older. E-mail submissions to jaclyn@downtownchathamcentre.ca by March 31.

For the kids this year, Labadie said the BIA hopes to have a hot air balloon on site for rides, courtesy of Re/Max.

There will also be a junior judging competition of the classic cars on display, and a soapbox derby.

“We look forward to including the kids and having fun events,” Labadie said.

The Friday night Classic Car Cruise, which has been the subject of a few complaints in the past due to a limit on the number of cars that can participate, will return this year. Labadie said they hope to adjust the cut-off limit and are working with the municipality and police service to find a suitable compromise.

About 30,000 people visited Retrofest last year, and organizers would love to see those numbers increase this time around.