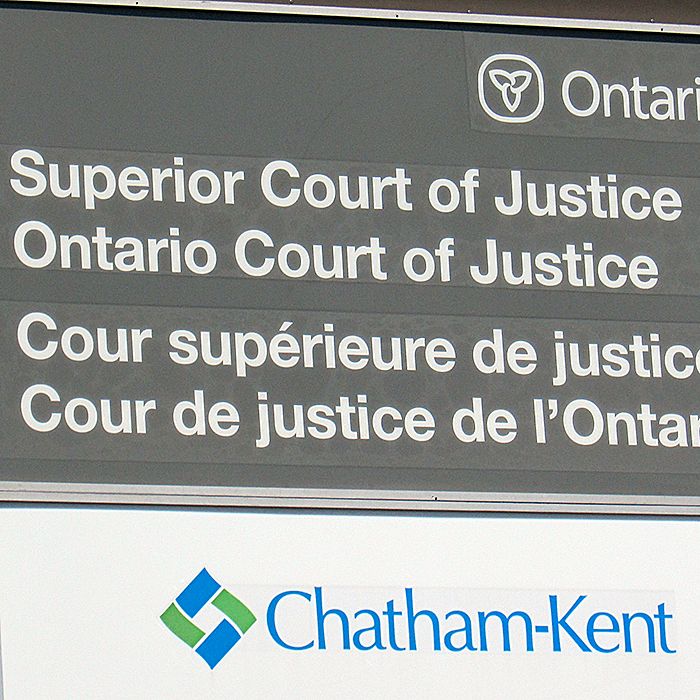 A convicted killer appeared in superior court in Chatham today hoping for a chance at applying for early parole.

Wearing a black, long-sleeve Under Armour shirt, blue jeans and sporting a freshly shaved head, Mason Jenkins was escorted to the prisoner box by three Chatham-Kent police officers as his lawyer prepared to make a declaration of constitutional invalidity.

Defense lawyer Howard Krongold said he hopes the faint hope clause, which gave offenders the ability to apply for early parole, can still be applied to his client.

The 36-year-old Jenkins is serving a life sentence for the first-degree murder of his younger sister, Jennifer Jenkins in 1998. She was shot three times in the head and twice in the chest.

Krongold said the faint hope clause should still apply to Jenkins, as it was in effect at the time of the crime and conviction.

“Faint hope is a part of the punishment,” Krongold said. “Ten years of parole ineligibility is a significant punishment.”

The clause was phased out after a change in legislation back in 2011.

Krongold said the changes have caused offenders that may have had a “reasonable prospect” or “substantial likelihood” to plead their case for early parole to a jury.

He said currently the legislation allows offenders to file a request to a judge.

Krongold said statistics show that about 80% of faint hope applicants were successful in getting a hearing from 1988 to 2012. Of the 149 successful applicants, he said 138 of them, or about 93%, ended up receiving early parole in that time frame.

The human element with the jury is significant, he added.

Crown attorney Rob MacDonald said the right to apply for early parole under the faint hope clause was not part of punishment.

“There is no right to early parole,” MacDonald said.

Both Krongold and MacDonald said the changed legislation has created a higher threshold for the applicants and makes the process more stringent.

Superior Court Justice Renee Pomerance said she is going to reserve her decision on the legislation.

“I will work as diligently as I can to have the decision rendered at the earliest opportunity,” she said.

Outside the courtroom, Krongold said he believes this is the first case in Ontario that the faint hope legislation has been challenged since the changes in 2011.

No return date was set for this case.